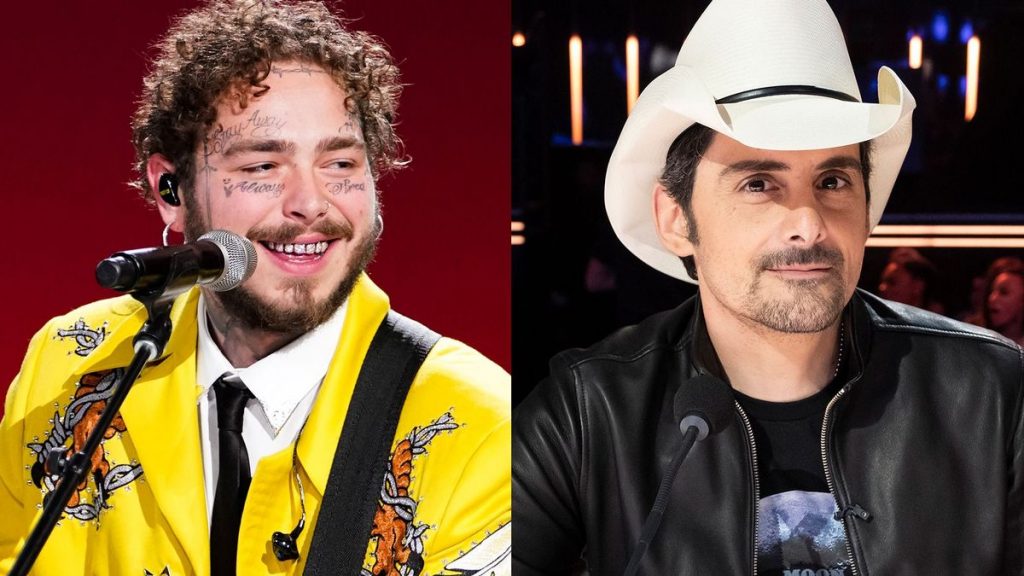 During Matthew McConaughey’s Sunday evening “We’re Texas” benefit concert, one-time Grapevine, Texas native Post Malone performed covers of Brad Paisley’s 2002 classic “I’m Gonna Miss Her (The Fishin’ Song),” as well as Sturgill Simpson’s 2013-released favorite “You Can Have The Crown.” Following along with his earlier-released cover of Darius Rucker-led Hootie and The Blowfish’s 1995 classic “Only Wanna Be With You,” the pop-rap favorite’s foray into country music has deepened and broadened of late.

Sunday night, March 21st’s virtual event celebrated “songs, stories, and traditions that define the DNA” of Texas, to encourage viewers to donate to help Texans facing hardship after the February cold weather snap that devastated significant portions of the state.

Post Malone joined Dwight Yoakam’s band for “I’m Gonna Miss Her,” then returned with his take on Simpson’s “You Can Have the Crown.” “I just wanted to play some of my country favorites,” he said. The star wasn’t alone in delivering throwback highlights at the pandemic fundraiser. Fellow Texan Kacey Musgraves played Willie Nelson’s “On The Road Again” and noted, “I don’t answer unknown numbers, but for some reason, I did, and it was Matthew. Obviously, it was a hell yes for me. Anything I can do to support and lend a hand.”

As well, Nelson himself performed with many other country notables. The Red-Headed Stranger played his 1968 song “Beautiful Texas.” As well, Miranda Lambert played her 2009 hit “Heart Like Mine,” plus Kelly Clarkson offered “Whole Lotta Woman,” and the “King of Country,” George Strait, sang his epic ballad “Troubadour.”