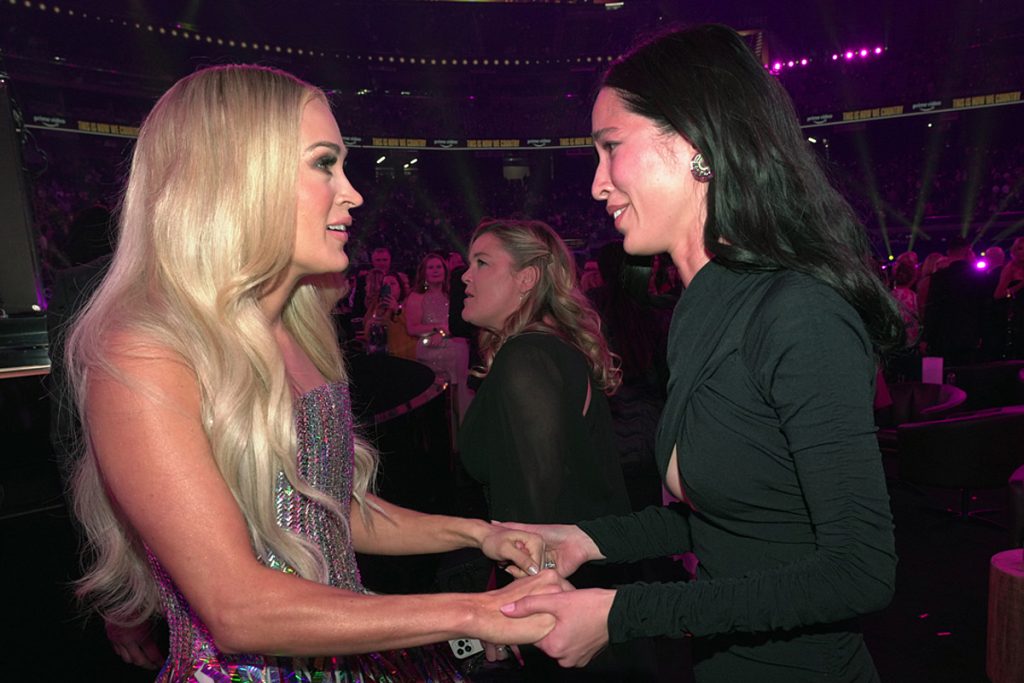 ‘Yellowstone’ Fan Carrie Underwood Got Her Chance to Fan-Girl


Carrie Underwood didn’t miss an opportunity to chat with one of Yellowstone‘s biggest stars. Kelsey Asbille and Luke Grimes (Monica and Kayce Dutton on Yellowstone) attended the ACM Awards in Las Vegas this week, and the country singer was plenty friendly toward them.

Photos show Underwood posing with Asbille for cameras after the two had a one-on-chat. She was one of many country artists who geeked out a little bit over the chance.

On the ACM red carpet before the show, Midland posed with Grimes. “Fancy Like” singer Walker Hayes also stopped the two actors for a candid.

The public appearance comes just over two months before Yellowstone is set to begin filming Season 5 in Montana. The taping is said to be scheduled from mid-May to mid-August, with eyes on a fall release for a two-part, 14-episode season.

Talking to media prior to the ACM Awards, Asbille and Grimes didn’t share any planned details. In fact, they indicated they didn’t even know themselves yet, but were glad to be joining their friends on set again, as it has been 18 months since they filmed for Season 4.

As for Underwood, it was an eventful night in Las Vegas. She won Single of the Year for her duet with Jason Aldean and later talked about the daring stage entrance for their performance of “If I Didn’t Love You.” She also teased fans by sharing that news on new music will be coming “soon.“

Her fandom of Yellowstone is best remembered from a tweet at the end of Season 3, when the show left viewers with a tremendous cliffhanger.

Yellowstone stars Luke Grimes (Kayce Dutton) and Kelsey Asbille (Monica) were presenters at the 2022 ACM Awards in Las Vegas on Monday (March 7). They were greeted by some of country music’s Yellowstone fans, including Carrie Underwood and Midland.

Yellowstone: How Is James Dutton Related to John Dutton?

The relationship between John Dutton on Yellowstone and James Dutton on 1883 was mostly a bar argument until a very pivotal line of dialogue from Ep. 10 of the Tim McGraw show. Suddenly fans wanted to know who the seventh generation Dutton is. We’ve illustrated the relationships below and found the fact that is tripping people up in the quest to make sense of this family tree.