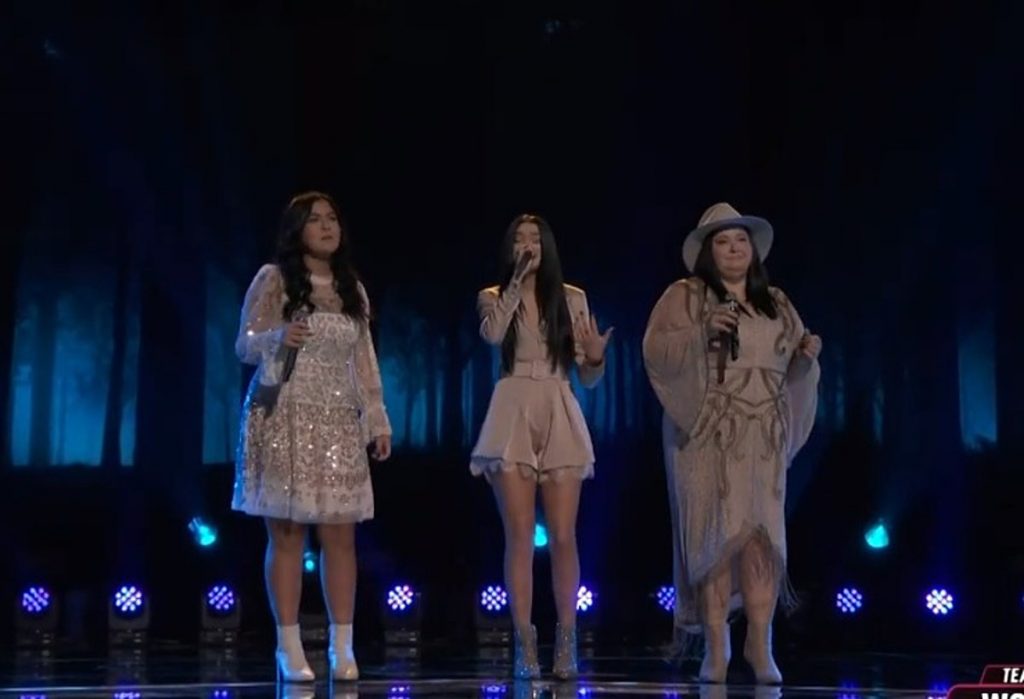 Worth the Wait Returns With Judds Song for Playoffs


Monday night (Nov. 30) was a bigger than usual night for Season 19 of The Voice. All of the pre-taped episodes were over and pushed aside in favor of live playoffs in which the Top 17 will be ruthlessly culled down to nine—not only something to mark within the series, but a spark of interest in a pandemic year in which live performances have been extremely carefully curated.

At the start of Monday’s first live episode host Carson Daly started off with some unexpected news: Team Kelly Clarkson‘s Ryan Gallagher, who was one of the four-way knockout contenders competing for votes to grab the last space available to move forward to the playoffs, was forced to drop out…with no explanation as to why he left the competition. Team Blake Shelton‘s Taryn Papa won the resulting amount of votes (minus Gallagher’s contribution) to move into the next round.

That wasn’t Shelton’s only high point of the night. The undisputed country coach was able to bring forth a number of stellar country performances from his remaining team during the night. One that particularly stood out and has been standing out for weeks now was mom-and-daughters trio Worth the Wait, who took the stage with a swaying, harmonizing tune by another mother-daughter outfit, the Judds.

The Judds, of course, are just two people, while Worth the Wait blends three voices. On “Love Is Alive,” the trio (consisting of teenagers Mia and Jacy, plus “Mama T” Tara who is the matriarch of the family) all put forth their sweetest solos, plus some effortlessly blended harmonies.

While all three are melodic warblers, the strength in the performance came easily from their combined voices—each solo turn seemed a little weaker than usual this particular evening. However, coach Shelton didn’t seem to find anything amiss, grinning proudly over his vocal group and pronouncing their performance the very best they’ve delivered yet.

Fans are able to vote for their favorites to move forward to next week’s semi-finals at the Voice‘s official site until 7 a.m. ET Tuesday morning (Dec. 1). The results were originally going to be postponed from the usual Tuesday reveal to Thursday, due to a COVID-related shift in NFL coverage, but now are back on for Tuesday evening. Tune in to see who makes it through!