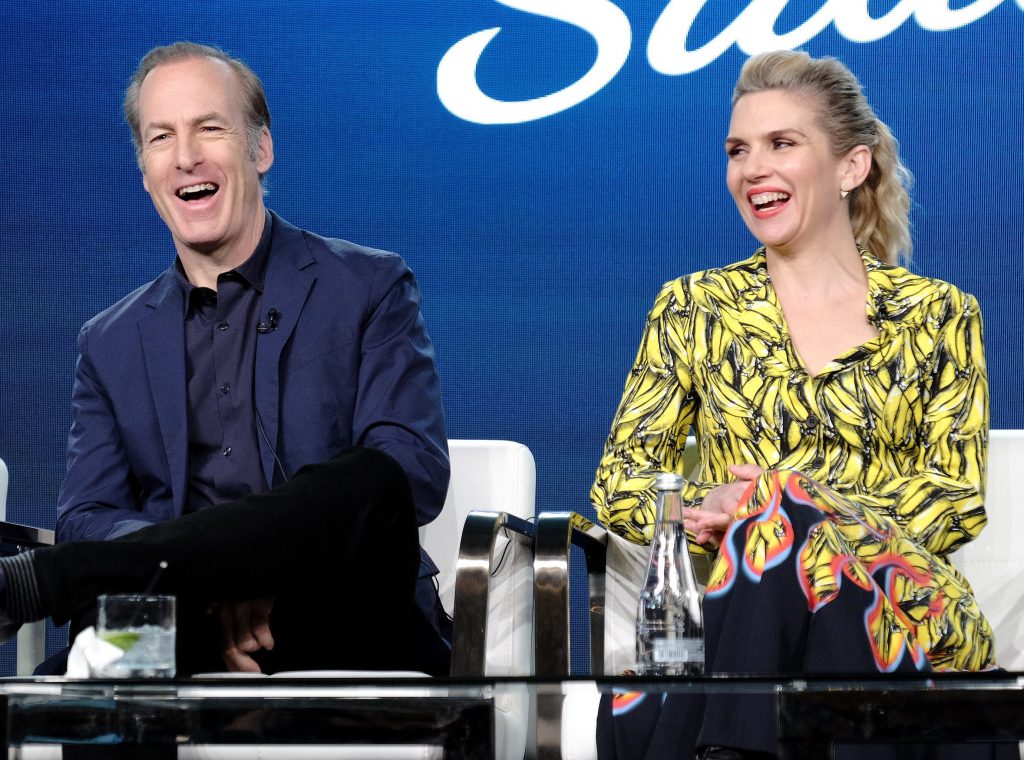 In advance of Season 5’s Feb. 23 premiere (10 EST/PST), AMC Thursday renewed “Breaking Bad” spin-off prequel “Better Call Saul” for a final, 13-episode, sixth season that will air next year. With 63 episodes, “Saul,” which stars “Bad” alum Bob Odenkirk as the title character, will exceed the Emmy-winning “Bad” total by one.

And the day kept getting better for fans, as executive producer Peter Gould told the Television Critics Association that Dean Norris will guest star on “Saul” as his “Bad” character, DEA agent Hank Schrader, in the third and fourth episodes this season. It’s a DEA two-fer, as Steven Michael Quezada will be back, too, as agent Steven Gomez.

“Working with Dean and Michael again was a highlight of the season,” he said.

If Hank is back, does that mean viewers will see the “Bad” dynamic duo of high school chemistry teacher-turned-drug kingpin Walter White (Bryan Cranston) and his protégé, Jesse Pinkman (Aaron Paul)?

Not this season, but maybe next year, according to Gould and fellow executive producer Vince Gilligan.

“It’s our annual TCA announcement that Walt and Jesse will not be in Season 5. I’m hoping (2019 film ‘El Camino: A Breaking Bad Movie’) took a little bit of the pressure off” via appearances by the two characters, he said.

Gilligan made his feelings known about Walt and Jesse. “I would love to see them on ‘Better Call Saul’ before it ends. Who knows? But they’ve got a whole extra 13 episodes after these 10 that are already shot” for Season 5.

Odenkirk’s fast-and-loose attorney Jimmy McGill crossed a threshold at the end of Season 4, committing to the name Saul Goodman and a legal practice that will descend into New Mexico’s sketchier precincts, setting him up for a future meeting with Walt and life on “Bad.”

“He’s making a choice you can see to commit to this persona in Season 5. As he plays out the season, he’s maybe asking the question, ‘How serious do I want to be about this? How completely do I want it taking over my life?’ ” Odenkirk said. “I guess the answer isn’t all in his hands, but he just heads down (that) road faster and faster and faster. The stakes go up, things get really out of control and I think he responds by digging deeper.”

On a bittersweet note, the Season 5 premiere will feature an appearance by Robert Forster, who died in October. Forster appeared in “Bad” and “El Camino.”

“I was so excited to get him into this episode,” Gould said.

More: The 10 best (and five worst) TV spin-offs of all time

“He is sorely missed,” added Gilligan. “He was a wonderful actor (and) an absolute gentleman.”

With news of the sixth-season renewal and the return of beloved characters, one TCA member asked if “Breaking Bad” would mimic “Star Wars” with an ever-expanding universe of programming. Gilligan doesn’t see that happening, but acknowledged feeling similarly after “Bad” – and “Saul” and “El Camino” followed.

“I think you can put too much hot fudge on the sundae. If I had to say right now, I don’t have any plans to keep the universe, so to speak, going after this wonderful series,” he said, adding: “I always caveat it with ‘never say never.’ “