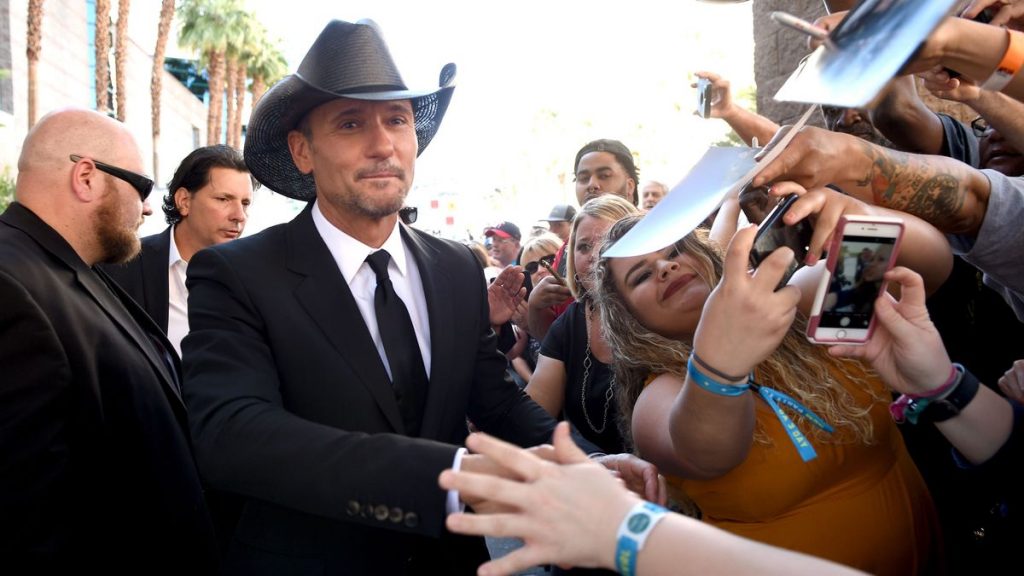 Why Tim McGraw Only Wrote Seven of His 206 Songs

Ever since Tim McGraw released his first album in 1993 — his self-titled debut — he’s been known around Nashville as one of the best song pickers in country music. Meaning, he may not write his own songs, but he’s damn good at making the songs he does record sound like he did.

And his latest No. 1 song “I Called Mama” is just another perfect example of that. It was written by Marv Green, Jimmy Yeary and Lance Miller, who goes way, way back with McGraw. He opened for him during his 2007 Bread & Water post-show shows.

“Lance Miller, one of the writers on it, is a great friend of mine. And people ask me, did I write it? Those that know me know that I write, but I rarely cut stuff that I write. If I write something, I’m pretty hard on it. I write for every album, but I always put the song first,” McGraw explained in a recent radio interview. “I mean, the song’s gotta win and that’s just the way I am. And mine’s gonna have to really just scratch my eyeballs out to make me cut it, cause I’m so hard on myself with it.”

It wasn’t until around 2007, 14 years into his legendary career, that McGraw took a shot at recording something he had a hand in writing. To date, McGraw has recorded at least 206 songs. But he has only been a co-writer on seven of those: “Train # 10,” “If You’re Reading This,” “I Will Not Fall Down,” “Keep on Truckin’,” “My Little Girl,” “I’ve Got Friends That Do,” and “Over and Over.”

About seven years ago, during an exclusive interview with CMT.com, McGraw told me that ever since he got his record deal, he’s been consistent in the way that he always leans on the talents of Nashville’s best songwriters. “I don’t know that that much is different about the way I pick songs or write songs. But I think that you just sort of have more experience in life and certain things that don’t really fit with what you feel comfortable singing. And you have to keep in mind that early on, when you’re singing a song, you find things that fit your lifestyle. As you get older, you realize that you’re not just singing about you in particular,” he said at the time. “You’re singing about everybody else that’s out there.

“So you find songs with a character in that song, and you sort of walk through that song as the character in a lot of ways. You’ve gotta realize people are living vicariously through these songs, so you can’t get stuck on what’s about you.”