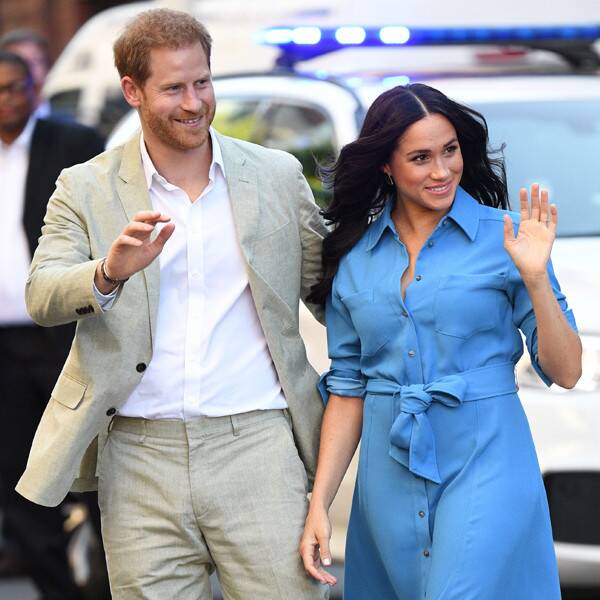 Why Prince Harry Hasn’t Reunited With Meghan Markle in Canada

Prince Harry won’t be reuniting with Meghan Markle just yet.

While the Duchess of Sussex is currently in Canada with son Archie Harrison, the Duke of Sussex remains in the United Kingdom following the couple’s bombshell announcement. Now, senior royal officials say that Harry has meetings in the UK next week, meaning he likely won’t be flying to Canada in the upcoming days.

It was just last week that Harry and Meghan revealed that they’re stepping back as “senior” members of the royal family. A day after the announcement was made, a source told E! News that Meghan returned to Canada, where the family recently spent the holidays, to be with her son. Meanwhile, Harry has remained in the UK amid discussions with Queen Elizabeth II about his family’s future.

“Today my family had very constructive discussions on the future of my grandson and his family,” Queen Elizabeth II said in a statement on Monday, Jan. 13. “My family and I are entirely supportive of Harry and Meghan’s desire to create a new life as a young family.”

The statement continued, “Although we would have preferred them to remain full-time working Members of the Royal Family, we respect and understand their wish to live a more independent life as a family while remaining a valued part of my family.”

The Queen also said that “these are complex matters for my family to resolve” and there is still “more work to be done.” She also noted that she’s asked for “final decisions to be reached in the coming days.”

On Thursday, Jan. 16, Harry stepped out to host the Rugby League World Cup 2021 draw in London. This appearance marked the Duke of Sussex’s first official public outing since his royal exit announcement.

During his appearance on Thursday, Harry was asked about the ongoing discussions regarding his future. Harry didn’t respond to the question, but he was seen sharing a smile with a member of his team.