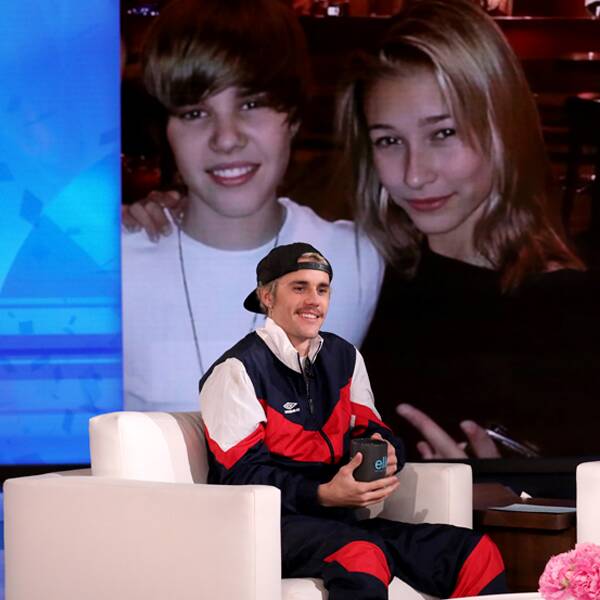 What do you mean?!

On Tuesday, Justin Bieber stopped by The Ellen DeGeneres Show, where he candidly spoke about wife Hailey Bieber. After acknowledging their longtime friendship and relationship, the “Baby” singer admitted to host Ellen DeGeneres that he had some doubts before getting down on one knee.

“I was extremely nervous,” Justin said as he recalled the moment he wanted to propose to Hailey. “I felt, like, in the past, we talked about, you know, me asking the question and it felt like she would say yes. So, I wasn’t really nervous about the saying yes, but the thing is just, like, I think I was more nervous about, ‘Am I going to make this commitment? Am I able to make this commitment as a man and be able to honor, you know, what I say?”https://www.eonline.com/”

“Because, you know, that’s a serious commitment when you say you’re going to love someone for better, for worse and, like, be faithful. That’s a huge,” the Justin Bieber: Seasons star continued. “https://www.eonline.com/”Am I able to do that?’ And so, I think that’s really what I was battling with.”

He added, “But I finally was like, ‘I’m gonna make the decision and follow through with it and be a husband and, you know, this is what I’ve always wanted. I’m gonna choose this woman and just do it.”https://www.eonline.com/”

Justin popped the question in 2018 and the couple got married at a New York City courthouse two months after getting engaged. Then in September 2019, Justin and Hailey tied the knot again in a lavish ceremony in South Carolina.

As he gushed over his wife, Ellen shared an adorable throwback picture from the couple’s first time meeting each other 10 years ago. “I had no idea that I was going to marry her at that time,” he said as he looked at the photo. “But I’m glad it worked out because she’s an amazing, amazing, amazing person. She really is. She’s super precious. I enjoy spending my life with her.”

Still keeping it real, Justin also shared how Hailey inspired his new single “Yummy.“ When asked what it was about, he didn’t hold anything back: “My sex life. Yeah, I mean it is what it is, right? I’m married now…Is it getting hot in here?”

Switching gears, Ellen asked the “Sorry” singer about his return to music. With his 5th studio album Changes on the way, Justin said that joining Ariana Grande on stage during her 2019 Coachella set sparked his desire to start making music and performing again.

“I think I’d been so afraid for some reason,” he shared. “I think we all, as humans, get caught up in this, you know, place of fear. You know, just whatever we’re dealing with, we’re all dealing with fear in some degree. And in that place in my life, I was just battling a lot of stuff internally.”

Changes drops February 14 and is available to pre-order now.