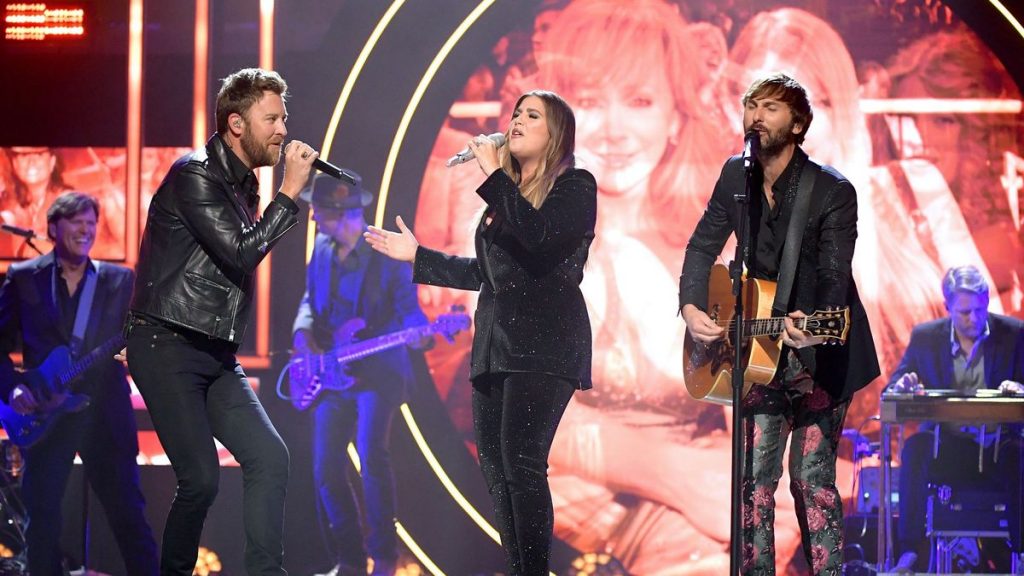 How about some yellow ribbons and a big “Welcome Home!” sign for Lady Antebellum who’s back at No. 1 this week with “What If I Never Get Over You.” It’s been six years since this sweet-singing trio last topped Billboard’s country airplay chart with “Bartender.”

This newest triumph is Lady A’s tenth No. 1, a string of successes that started in 2009 with “I Run to You.” By the way, you statistical zealots should be aware that it took “What If I Never Get Over You” 35 weeks to scramble to the summit.

And what can we say about Luke Combs’ durability that hasn’t already been said about that of the Great Pyramids or Willie Nelson? This week, Combs has the two bestselling country albums — What You See Is What You Get (No. 1) and This One’s for You. The latter has been on or near the top of the rankings for the past 136 weeks.

We note a surfeit of drinking songs on this week’s list. Apart from the three cited above, we observe Garth and Blake’s “Dive Bar,” Travis Denning’s “After a Few,” Thomas Rhett and Pardi’s “Beer Can’t Fix,” Carrie Underwood’s “Drinking Alone” and Justin Moore’s “Why We Drink.”

But if you want to revel in a real drinking song, check out Roger Miller’s delightfully goofy “Chug-A-Lug,” which went to No. 3 in 1964, well before glaciers became ice cubes.