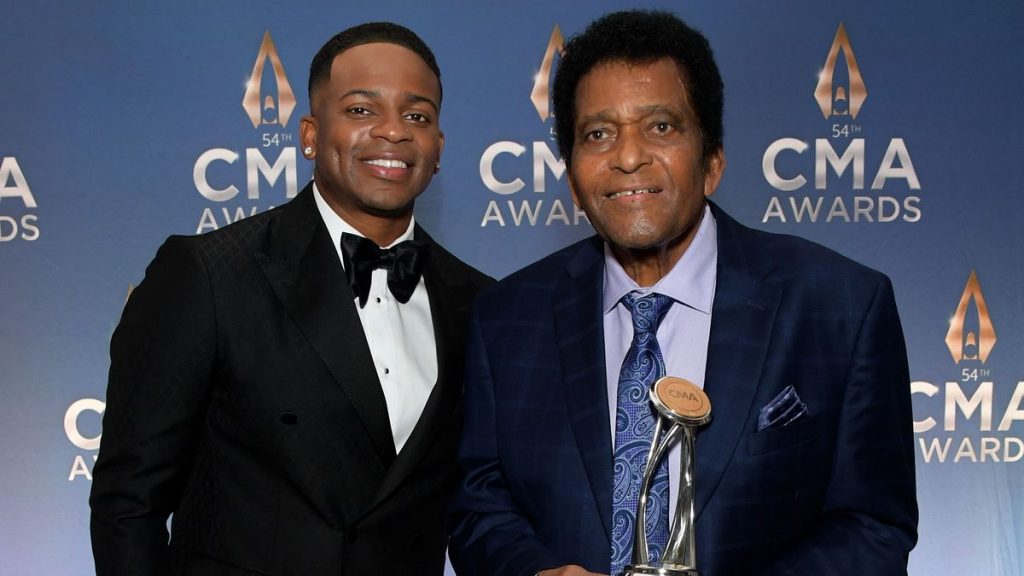 Last month at the CMA Awards, when Charley Pride, 86, and country newcomer Jimmie Allen, 34, took Nashville’s Music City Center stage together to perform the 1971 No. 1 hit “Kiss an Angel Good Mornin’,” it was more than just a career-defining moment for Allen. It was a teachable moment for his 6-year-old son Aadyn.

“I just told (my son, Aadyn), ’This is a guy that wasn’t afraid to chase a dream because he looked different than everyone else in that career. And he just showed that if you work hard, you’re good to people, you continue to try to be a better person and also a better artist, you’ll get where you want to go,” Allen said during a recent interview with RADIO.com’s Katie Neal.

Allen also shared his thoughts on the doors that the late Pride opened for him and for other Black country artists. “Someone asked me the other day, ’Jimmie, what do you think Charley’s legacy is?’ I said, ’We are: Me, Darius (Rucker), Kane (Brown), Mickey (Guyton), Yola, The War and Treaty — we’re his legacy.’ We wouldn’t be here without Charley Pride,” he said. “It’s just an honor that I got to know him, and I’m so glad to see what he started will not stop with him.

“I got to perform with a legend, a childhood hero, someone that went from just a hero to a friend. We would talk on the phone a lot. We built a great, great relationship. I just feel like no matter what I do in my career, nothing will top performing with Charley Pride.”