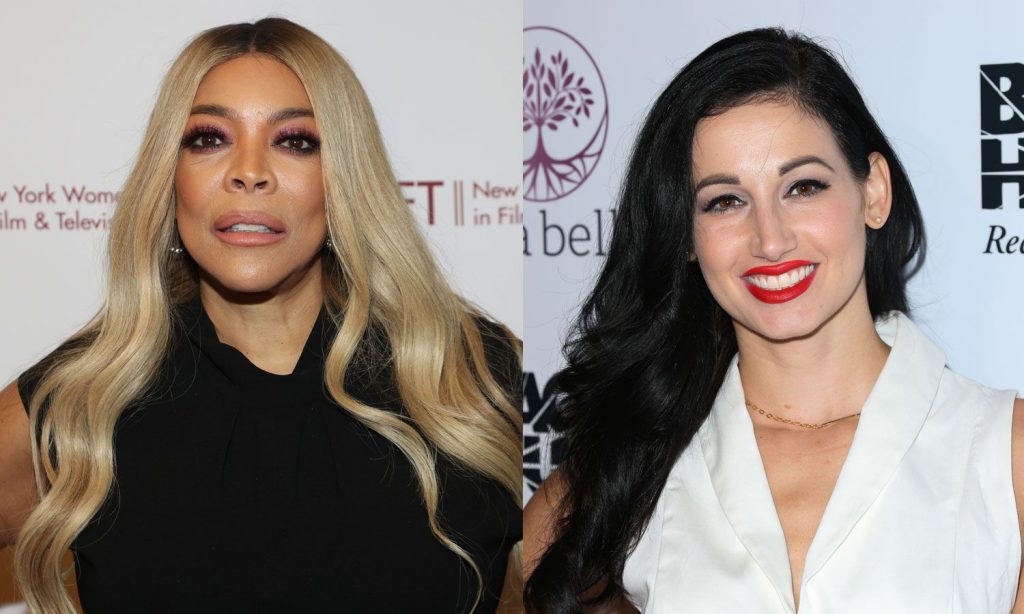 Wendy Williams is under fire for insensitive comments she made about the death of Dr. Amie Harwick. Harwick, a well-known family and sex therapist once engaged to Drew Carey, was killed on Saturday at her home in the Hollywood Hills. Harwick’s ex-boyfriend was arrested for murder. The Wendy Williams Show host appeared to make light of the tragedy on Monday.

“Drew Carey’s ex-fiancée was tragically murdered over the weekend,” Williams said on her show. “Look, look it was like 3 o’clock on Saturday morning or something. Uh, huh, and there was screaming in the neighborhood in L.A.”

“Once the cops got there she was down there dead, on the ground,” Williams continued, rather casually, as the audience gasped. “Yep. Was pushed off of a third-floor balcony. I’ll give you a little backstory. She was killed. Not by Drew.”

Williams lightheartedly added, “Come on down!” — the classic phrase from The Price Is Right— as she looked up and down as if she was watching someone fall. (Carey has hosted The Price Is Right since 2007.) The audience groaned and then was quiet. Social media isn’t laughing, either.

I KNOW #WendyWilliams did NOT just make a “come on down” joke about Drew Carey’s ex-fiancee getting killed by being thrown off of a third floor balcony !!!!
Somebody tell me i heard that wrong, please..but the audience is stone-cold quiet..

@WendyWilliams you have said some controversial things before but I think this one tops them all. Making a joke about domestic violence is no laughing matter. It was rude, disrespectful and down-right disgusting. I am a domestic abuse survivor and I truly hope you never endure

Sick, thoughtless and insensitive comment from @Wendywilliams and she needs to be fired. On what planet is it ok to mock someone who was murdered in a domestic violence event? Never! #firewendywilliams

When will @CBS do the right thing and cancel @WendyWilliams show? There is no room in this world for the incomprehensible comments made by her. The comments that she reluctantly apologizes for are hurtful and unnecessary and have no place on afternoon TV.

I know we aren’t supposed to cut people down and I’m not for “cancel culture”, but we can all agree that Wendy Williams is problematic as hell, right? Some of the stuff she says..it’s like..are you even listening to yourself? YIKES!

So @WendyWilliams hears that Drew Carey’s former fiancée was thrown off a balcony and later died. Her attacker was a man she’d been seeing. #WendyWilliams thought it was funny and made a joke about it. I’d like to call her a soulless harpy, but I was raised better.

Rarely do I comment on things here. But just overheard @WendyWilliams making a joke about Drew Carey’s ex-fiancée being murdered. With a “come on down joke” after she was thrown off a balcony. And people thought your fart was disgusting but what comes out of your mouth is worse

Carey, 61, and Harwick ended their engagement in 2018, but a rep stated at the time their split was amicable. The Price Is Right halted production this week in the wake of the tragedy as the comedian said he’s “overcome with grief.”

“Amie and I had a love that people are lucky to have once in a lifetime,” Carey said in a statement to Yahoo Entertainment Monday. “She was a positive force in the world, a tireless and unapologetic champion for women, and passionate about her work as a therapist. I am overcome with grief. I would like to thank you in advance for giving myself and everyone who loved Amie privacy while we try to work through this tragic situation.”

Harwick was found by police unresponsive and gravely injured on the ground beneath her third-story balcony. Officers responded to a radio call of a “woman screaming” around 1:16 a.m. on Saturday. The LAPD said Harwick suffered significant injuries consistent with a fall. She later died at a local hospital. Harwick’s ex-boyfriend, 41-year-old Gareth Pursehouse, was arrested on suspicion of murder Saturday afternoon. Police said she had a restraining order against him that recently expired. She was 38.