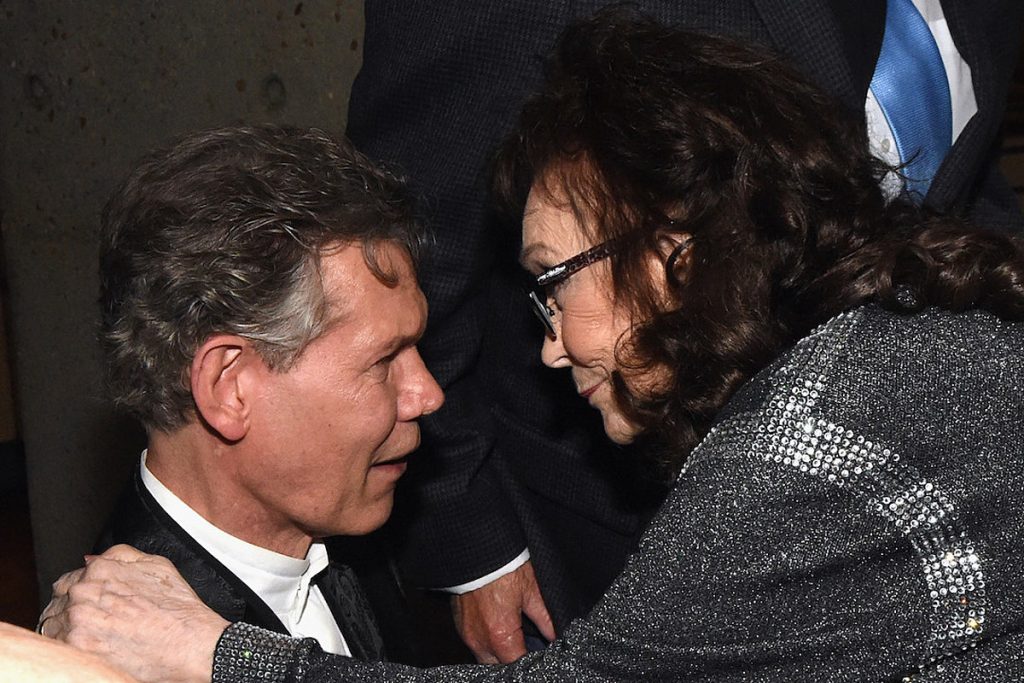 ‘We Sing Her Home to Heaven’


The world lost a country music legend when Loretta Lynn died last Tuesday (Oct. 4); for Randy Travis, the loss was especially personal. In a statement, he remembers Lynn as a pioneer who inspired him during his years as an up-and-coming star, and a friend who extended a warm welcome to him as he rose up the ranks of country music stardom.

“She was there in the ’80s, when I arrived in Nashville, to encourage me and allow me to open for her on tour,” Travis recalls in a statement provided by his publicist after Lynn’s death. “And she was there to open for me in Aurora, Ill., in 2013, which unknowingly was my last public concert before my stroke.

“The years in between are each gifts wrapped in respect, admiration, awe and love — and we have shopped for lots of dresses through those years!” he continues, in a nod to their duet performance of “Shopping for Dresses,” which appeared on the track list of Travis’ Heroes & Friends collaborative album from 1990.

Elsewhere in his statement, Travis offers his condolences to the singer’s family, remembers Lynn’s kindness and affection — “her kind, sweet kisses left lipstick memories on my forehead and both cheeks,” he recounts — and celebrates the family she created in her near 50-year marriage to her husband, Oliver “Doolittle” Lynn, raising six children while juggling superstardom.

But most of all, Travis remembers Lynn as a guiding light in country music.

“An emptiness came over me as I reflected on the magnitude of Ms. Loretta’s presence — in the heart and soul of country music, and the entire world — and the void now created. If your path ever crossed with hers, you immediately felt her magic,” he goes on to say. “…I thank God that my career overlapped with The Queen’s — it’s an honor and a privilege.”

Despite the “void” left by her death, Travis says, his overarching feeling is one of gratitude for the time he spent with his fellow Country Music Hall of Famer:

“After 90 years of teaching us how to live and love here on earth, we sing her home to heaven, with grateful hearts … We will never have another Loretta Lynn. This world isn’t good enough for two of her.”

Lynn died on Oct. 4, and she was buried in a private ceremony at her family cemetery in Hurricane Mills, Tenn. on Friday (Oct. 7). Details about a public memorial are forthcoming.

Just how amazing was Loretta Lynn’s life? The country legend died on Oct. 4, 2022, leaving behind dozens of albums and hundreds of great country songs. Here are 10 other notable achievements and facts about the “Coal Miner’s Daughter.”