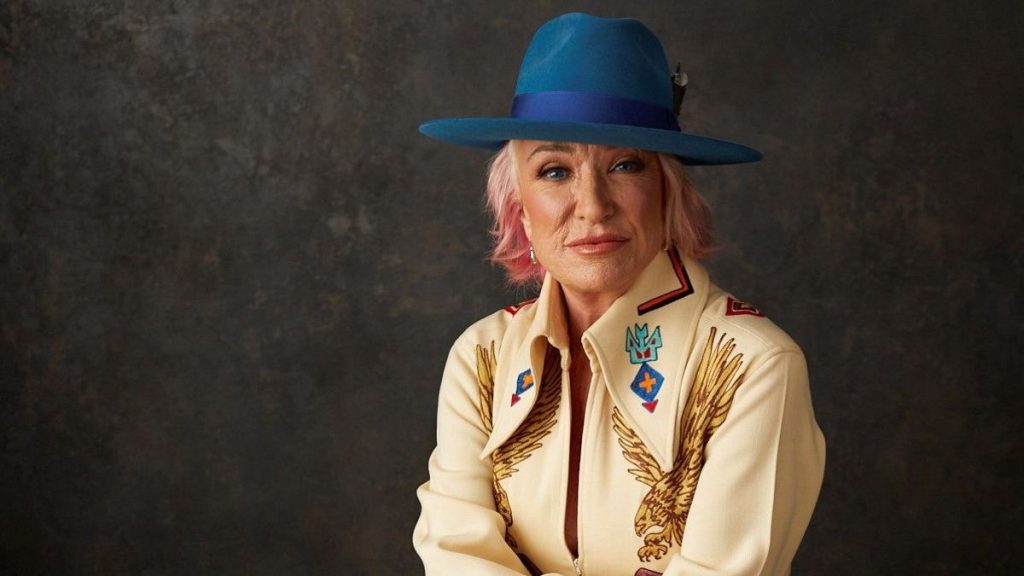 When CMT sat down with Tanya Tucker to talk about her Grammy-nominated song, “Bring My Flowers Now,” she revealed the story behind the song that had been years in the making.

This is her CMT HitStory.

“I’d had the song in my head a long time. It was something I really wanted to get out, and couldn’t really get it out. And so that magical day in January — the last day of the sessions in LA, we’d been there three weeks — and Brandi (Carlile) came in and asked me, ’What do you think about finishing that song you started so many years ago?’ She started the first line, and we were just off to the races after that.”

“It was familiar to me because I’d had the chorus for so long,” she said, “and the words just seemed to flow out of me. And it was one of those songs that was just meant to be.”

“Bring My Flowers Now” is just a special song, Tucker says, period. “All the way around,” she added. “It would’ve been premature if I’d have done it any sooner than now. It came at the right time, the right place, just hit people in the right spot. When you can write a song or sing a song, and the person watching you do it is moved, it makes me feel like I’m doing my job.”

When Tanya Tucker takes the stage at the 62nd Annual Grammy Awards on Sunday (Jan. 26), for her performance and very possibly for her wins, it will be the first time she’s been part of the show in more than two decades. In 1994, Tucker had two Grammy nominations for “Soon” and “Romeo.” This year, she is nominated for a staggering four Grammy Awards: song of the year, best country album, best country song, and best country solo performance.

I wanted you to be the first to know! I’ll be performing at the #GRAMMYs this year with a whole line up of amazing artists, including one of my favorite people in the whole world, @BrandiCarlile! Make sure you tune in on January 26th! pic.twitter.com/KGnKKSCE1w

After the Grammy Awards, Tucker will be ready to hit the road for the CMT Next Women of Country Tour. Her first stop — with Brandy Clark — is set for Feb. 5 at the Barns at Wolf Trap in Vienna, VA.