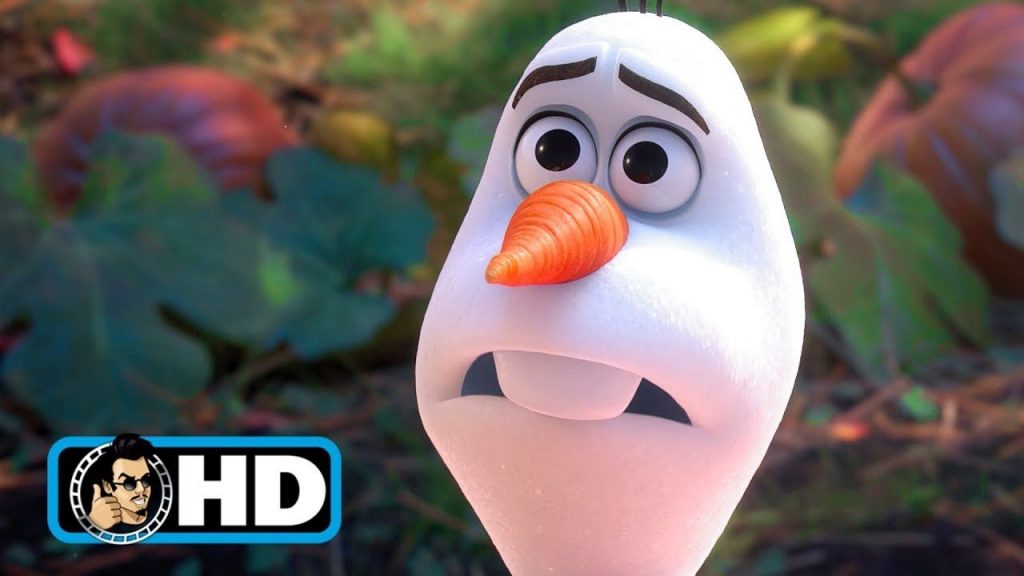 But the hilarious tune never made it into the animated hit: It was cut from the movie after his vocals were recorded and storyboards had been drawn up. The missing “Unmeltable Me” is revealed now at usatoday.com, ahead of the home release of “Frozen II” (Feb. 11 on digital, Feb. 25 on Blu-ray), which features the deleted scene as an extra.

The whimsical ditty was the first song written for the sequel by the Oscar-winning husband-and-wife songwriting team of Robert Lopez and Kristen Anderson-Lopez. The new song features Gad’s Olaf singing vaudeville-style, playing harpsichord accompaniment. The distinctive-sounding baroque instrument was requested by directors Jennifer Lee and Chris Buck for comedic reasons.

“The harpsichord arrangement made it funny and different,” Robert Lopez says. “It worked really well with that idea of just a crazy song.”

Olaf’s wild science claims in ‘Frozen 2’: Do turtles really breathe from their butts?

Spoilers! Anna and Elsa get cool new roles at the end of ‘Frozen 2’

The filmmakers originally wanted “Unmeltable Me” to explain an important story point – why Olaf no longer needed the magical “flurry” cloud Elsa had created at the end of “Frozen” to keep the snowman from melting in warm weather.

Creating the flurry effect was so difficult for the animators that the directors decided Elsa would have perfected a permafrost coating for Olaf by the second movie.

“They very specifically said the song is needed to establish why there’s no flurry over Olaf’s head,” says Kristen Anderson-Lopez. “And, really, any time you can write a song for Josh Gad, you just have fun.”

The scene features Olaf doing just about everything to show off his new permafrost coating, from sticking a lit candle into his head to placing his head in a Sterno-heated buffet tray.

“Perhaps you may recall I needed my own flurry, but now you need not worry,” Olaf sings. “As Elsa’s power’s grew, now it’s a whole new situation. Because of a relation, I now I have self-refrigeration.”

There’s even a moment for Gad to ad lib after the song impressively rhymes “present” with  “That’s right, I just learned to read,” his Olaf says. “And I like the big words.”

“That line is a Josh thing,” Kristen Anderson-Lopez says.

Olaf’s audience in the scene is a group of dignitaries who have traveled to Arendelle from around the world to meet the powerful Elsa at a state dinner. Elsa and Anna are held up, so Olaf fills time entertaining the assembled guests with the song.

Sadly, “Unmeltable Me” was cut before it could be fully animated since the whole grand dinner was taken out of the movie for time. The song does appear on the deluxe soundtrack edition.

“We love the song with Olaf,” Buck says. “But we took that bigger dinner sequence out of the movie, so the song had to go, too.”

The filmmakers made a simple fix to explain Olaf’s new state of chill. Anna (Kristen Bell) comes across Olaf at a sunny picnic and asks, “Enjoying your new permafrost, Olaf?”

“So the whole song is now covered by one line,” Anderson-Lopez says.

Gad’s Olaf still received his big song in “Frozen 2,” belting “When I Am Older.”

“‘Unmeltable Me’ is definitely fun, but that’s show business,” says Lopez, who especially loves how Olaf ends the song on an unusual high note.

“He’s playing a big scale going all the way from the top of the instrument to the bottom. But his twig finger gets caught in between the harpsichord keys. So he plays the last note with his nose.”