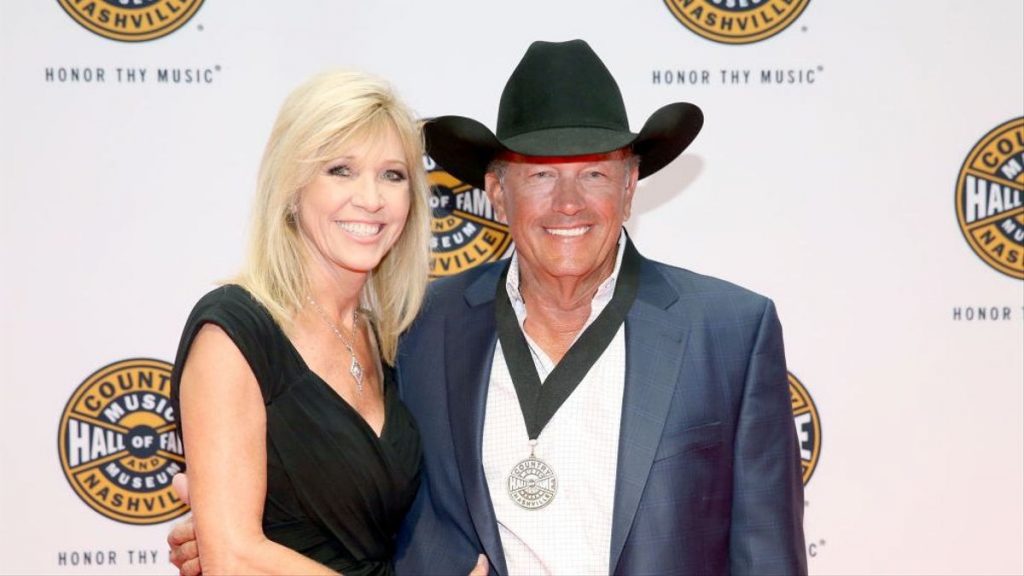 You don’t need an anniversary card when you’re George Strait.

On Saturday, Strait and his wife Norma marked 50 years of marriage during Strait’s residency Strait to Vegas at T-Mobile Arena in Las Vegas.

“So I was 19 years old,” Strait said from the stage as the camera panned to Norma, who smiled in amusement from her box seat. “And I knew this girl, Norma. She was 17, really hot. So we fell in love.”

The crowd exploded in applause.

“We went to Mexico and eloped…50 years ago today,” he continued.

Strait dedicated his hit “I Cross My Heart” to his wife, and the audience sang along with every word.

At the end of the song, he pointed and said: “Happy anniversary!”

After the couple eloped, the youngsters returned to Texas and had a church wedding. Then Strait enlisted in the U.S. Army and shipped off to Hawaii, where Norma joined him. Their daughter Jennifer was born about 10 months after the wedding.

Decades later, Strait told “People” that he and Norma still like each other.

“Norma and I are so blessed that we found each other … and were able to do all of this together, experience this life together, to support each other through everything, good times and bad,” he said. “We do almost everything together … We love each other, and we still like each other. A lot!”