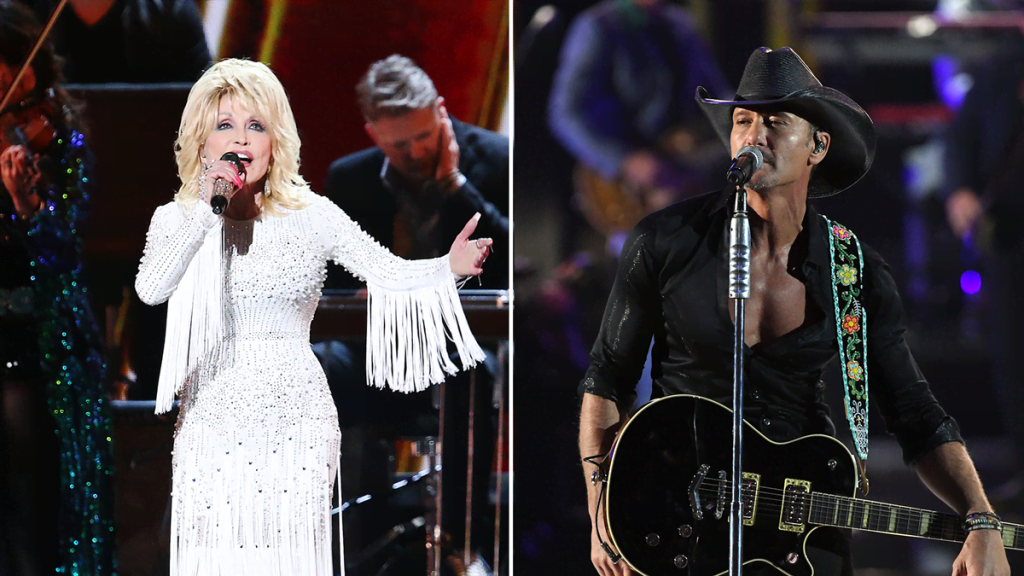 Tim McGraw and Dolly Parton have both crafted careers that include work in music and film. Parton is known for her starring roles in films such as 9 to 5 and Steel Magnolias, while McGraw is known for roles in Friday Night Lights, The Blind Side and more.

Parton joined McGraw on this week’s episode of Beyond The Influence Radio on Apple Music Country, where they discussed the differences in performing as a music artist and an actor, while Parton spoke of her time on the set making 9 to 5.

“I love country music and I started out with that dream of just being a songwriter and a singer, and wanted to be on the Grand Ole Opry and wanted to travel the world, but as you go along, you learn new things…and you think, ’Well, I can make something more out of that’…so I just always left myself open to working in open and honest ways the best that I could, and I loved doing it. It just seemed to fall naturally for me.” Parton said of getting into acting.

“I had been asked a lot of times to be in the movies and I didn’t think I was quite ready yet,” Parton said of her decision to join 9 to 5. “I also thought, well, if the right thing came along, I might be willing to do it because I was still building my music career at the time. Then when 9 to 5 came along, had Jane Fonda and Lily Tomlin. They were both so hot at the time and I thought, ’Well, if there’s any time to start, this would be now because if it’s a big hit, then I can share in the glory of it. If it’s a failure, I can blame it all on them and I’ll walk away free.’”

“But actually I thought it was a good script and I knew that at that time it would be a wonderful thing for women and for the workplace,” Parton said. “But my main deal with Jane, I said, ’I’ll be happy to be in it providing I get to write the theme song.’ My business mind started working also. I thought, ’I got to make this worth my while, not just to be in a movie with someone else.’ So that was part of my deal that I would write and sing the theme song. So that’s what I did and it turned out to be a wonderful thing. It was my first movie.”

“The hardest thing I think for a singer to come into a movie and do is make the audience forget about their persona as a singer,” McGraw said. “You have such a persona about you, and I think that’s what puts you head and shoulders above any singer that wants to go do movies…right off the bat, you’re into your character and you’re aren’t looking at Dolly Parton anymore…that’s an incredible thing to do and a hard thing to do.”

“It is,” Parton replied, “but by the same token if you look real close, I only take parts that are pretty close to my own personality. I have never yet done one of those scenes that was that far-fetched. Even when I did Steel Magnolias, I played a beautician. If I hadn’t made it in the music business, I would have been a beautician. So I understood that. I’ve always done my own hair. I used to do my mom’s hair, my sister’s hair. So every part I take, I have to be able to do that, and when I read that part for 9 to 5 it was a girl from Texas and she was so much like me anyway. So that was not that far-fetched, even The Best Little Whorehouse in Texas. Although I made a better whore than I did a secretary, but it was still parts of my personality that I could relate to…so I always take things that I think I can pull off.”

Hear the full interview with Parton and McGraw today (July 21) at 7 p.m. CT at Apple Music.