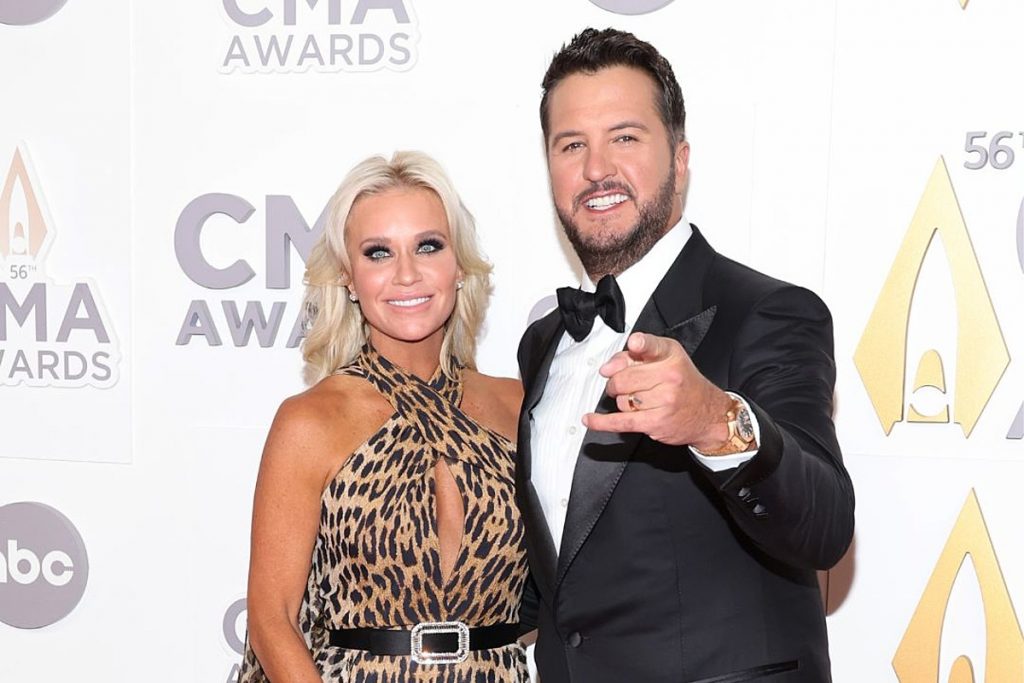 
Luke Bryan, his wife Caroline and the rest of their family have been sharing a whole lot of laughs this holiday season thanks to their annual Pranksmas prank war. Caroline also extended the Pranksmas fun to fans, encouraging people to submit videos of their own family pranks. The singer’s wife and Best Bad Influence founder has now chosen her 10 favorite fan pranks, and she shared the first five in a video posted on Friday (Dec. 23).

In the compilation video, fans get in on the Pranksmas fun in a few different ways. The first clip finds one fan simply scaring a family member while in the kitchen, and another shows an unsuspecting woman getting pushed to the ground while wearing a virtual reality headset. One girl gets the classic line of tape to the forehead when she walks into a room, and a man gets a bit upset when he’s honked at while working under the hood of a Jeep. The final clip shows a man scaring a woman who is asleep in the car.

Caroline posted the video alongside a caption that reads, “Congrats to these crazies!!”

Not only do the winners get the chance to have their pranks showcased on Caroline’s social media page, but they will also receive at $200 Visa gift card. Caroline will share the rest of the winners on Saturday (Dec. 24).

This year’s Pranksmas pranks have ranged from classic to outlandish, and they’ve all solicited laughs from those involved as well as fans. Caroline kicked off the Pranksmas season with an NSFW joke played on Luke Bryan’s mom, LeClaire. She then pulled a particularly bloody prank on an employee, in which she pretended to lose her toe in an accident. Bryan got the brunt of Pranksmas when Caroline aided in the “theft” of his truck for charity, and LeClaire again became the victim of a prank that involved comedian Danae Hays.

Check out Caroline’s social media pages for all the Pranksmas videos from this year.

Aldean paid $4.1 million for the new 5-bedroom, 5-bathroom, 4,452-square-foot beach house. The spectacular property affords the singer and his family the opportunity to walk out their back door and down a bridge to their own private beach, and the exterior of the villa features a courtyard with iron gates that includes gas lanterns, a swimming pool and a fountain.

The home’s interior includes a downstairs with an open floorplan and oversized windows, chiseled stone floors, a gourmet kitchen, a bedroom and study and a fireplace, with coffered ceilings throughout. The upstairs of the home includes two separate master bedrooms that both overlook the Gulf, as well as two more bedrooms that each have their own attached bathrooms.

The stunning home is also set for whatever weather might blow in from the Gulf. Built in 2005, the house features all-impact windows and doors, as well as Geo-Thermal heating and cooling, cellulose insulation, foam ceiling and floor insulation and more.