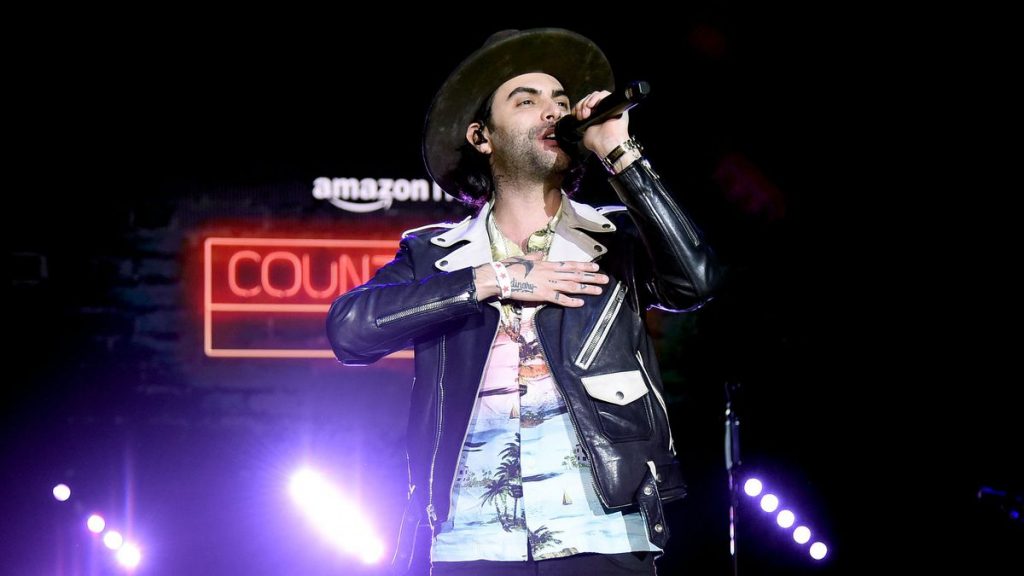 RCA Nashville artist Niko Moon exploded out onto the country music scene with his positive anthems backed by his Bob Marley mentality. While riding the high of his successful 14-track record “Good Time,” the hitmaker said he has been busy working on new material.

The budding musician took to TikTok Tuesday night (March 8) to tease an unreleased track titled, “One Drink Away.” The video features Moon dancing around his Tennessee home in a Hawaiian jacket and cowboy hat to the snippet of the uplifting tune.

Moon noticeably pulled from his Atlanta hip-hop background to lay down the melody as he infuses chest-hitting drums with traditional country elements. While blending the two, the breakout star effortlessly creates a unique sound that pairs well with his sing-along-worthy lyrics.

“One Drink Away” encourages fans to brush off their nerves by throwing back a drink to gain some liquid confidence. Moon hopes the buzz will push his listeners to step out into the dating scene or chase someone they adore before they get away.

“Whiskey hit me 5 minutes ago | Gotta a little liquid courage| Now I’m ready to roll| This buzz has got me feelin like|I might just have a chance |Cause I’m | One past | One Drink Away |Feeling Too good to let myself| Let you slip away |The whiskey’s got me saying things| I never thought I’d say cause I’m | One past | One Drink Away,” he sings in the radio-ready chorus.

The tune that is destined to be on party playlists nationwide, has already received praise from his devoted fan base and garnered over 53.5K views on TikTok alone.

Love it. I see myself with a drink in my hand, sitting in the summer sun. Love your vibe. Keep the songs coming,” shared an eager follower. “That chorus is absolutely GOLD!!! Unbelievable brotha! Ready for these to drop,” said another below the high-energy video.

As of right now, the summertime banger does not have a release date. However, the “Paradise To Me” singer told a country music fanatic in the comments to “Be on the lookout.”

Since the tail end of Moon’s headlining Good Time Tour with Kylie Morgan, the artist has been secretively teasing unreleased songs on his social media channels. Moon already gave fans a sneak peek of “Coastin’,” “All That We Need,” and the feel-good anthem “Easy Tonight.”

Long before the urban cowboy became chart-topping singer, he worked closely with Zac Brown. The two crossed paths in a Georgia dive bar known as “The Mansion,” back when Moon was just starting to pursue his craft. Since that day, the lead vocalist of Zac Brown Band has become a mentor and close friend.

In fact, the happy-go-lucky songsmith had a hand in penning some of Brown’s most popular tracks such as “Homegrown,” “Loving You Easy,” “Heavy Is The Head,” and “Beautiful Drug.” The savvy storyteller also has songwriting credits on award-winning hits with Rascal Flatts, Dierks Bentley, Shay Mooney, and more.

Now, Moon is taking the country music space by storm as a solo vocalist. Since making a splash with his platinum single “GOOD TIME” in 2019, he has become an OpryNextStage artist, joined Lady A on their What A Song Can Do Tour, and went No.1 on country radio.

Niko Moon is set to appear at several music festivals across the United States in 2022 and will join the rising band BEXAR for specific shows. Tickets to see the optimistic performer are currently available for purchase.