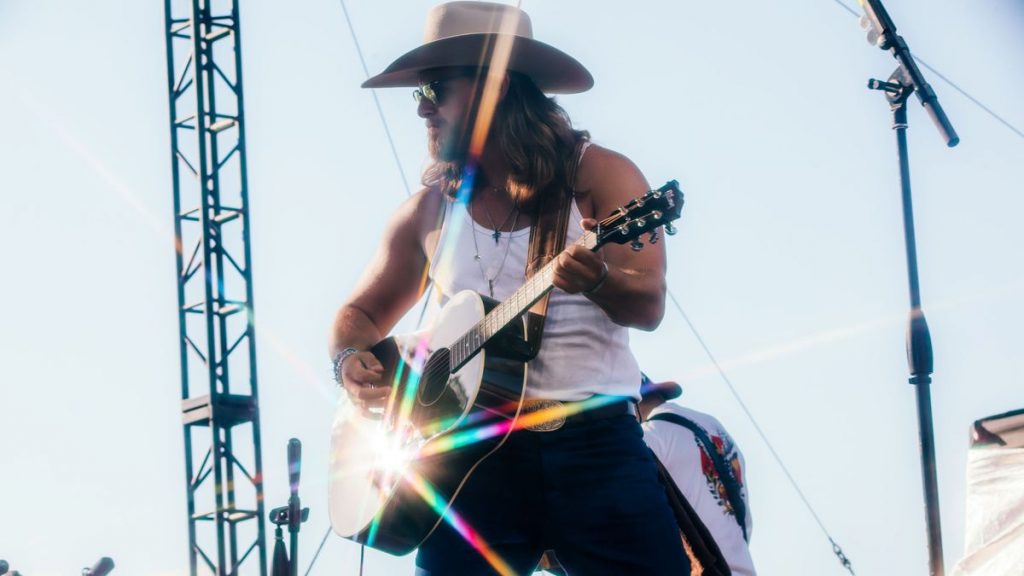 When Warren Zeiders stepped on stage at Under The Big Sky Rodeo, Round-up and Music Festival at Big Mountain Ranch in Whitefish, Montana, this weekend, he had been in the spotlight less than 30 times.

The Hershey, Pennsylvania, native and former lacrosse player never meant to have a career in music. He wanted to play the sport professionally. However, Zeiders sustained a few concussions that made him question his career path. He started singing on social media during the pandemic for fun, quickly gained popularity, and two years later – at 23 years old – he’s sporting flowing blond hair and Wranglers. In that time, he has become an emerging face on the outlaw country scene.

“The first time I stepped on stage was in front of 700 people, and I had all these nerves in the green room getting ready and stuff,” Zeiders said. “My guitar player was trying to calm me down. He was like, ’You’ll do great. You’ll be fine.’ When I got on stage, and we cut the house music, and I was taking a breather, that first song, I knew in that moment that this is what I was meant to do.”

About 20,000 music fans poured into the festival on Saturday, and thousands of them were on hand to sing Zeiders’ certified gold single “Ride The Lightning” back to him. He took the stage in a white cowboy hat and boots, full of confidence he said he gained in sports, and started strumming the acoustic guitar strapped to his chest.

In his trailer before his performance, Zeiders said it would be the biggest crowd of his career. But he was ready.

“I think I’m gonna treat this crowd just the same as I would 200 people,” he said. “And I actually love playing the big crowds. I got a taste for it a couple of times. Hearing the fans sing the songs, shout my name, just in support of being there and having that sense of community, hearing the stories, I never would’ve thought that music I write would affect lives and change lives, perspectives and everything.”

Playing under The Big Sky Rodeo, Round-up and Music Festival was a full-circle moment for Zeiders. His friend invited him to attend the festival as a fan last year. The singer had a scheduling conflict and couldn’t attend but promised his buddy he’d make it to Under the Big Sky one day.

“This festival was the first offer we got and the first show date we accepted,” Zeiders said. “I honestly, never in a million years ever thought that this would’ve been my trajectory or that I would be doing this today.”