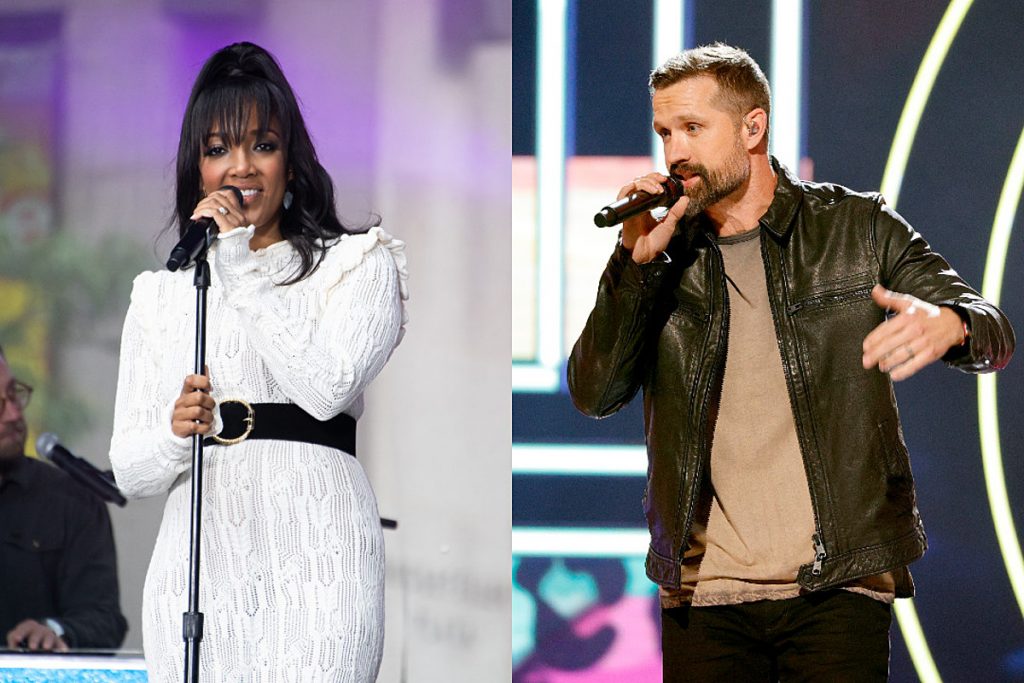 Walker Hayes, Mickey Guyton Are Headed to the 2021 AMAs Stage


Mickey Guyton and Walker Hayes are among the next crop of artists announced as performers at the 2021 American Music Awards. They’re in impressive all-genre company: Other newly-announced named include rapper Tyler, the Creator, DJ Diplo and Italian rock group Måneskin.

Hayes will be performing his larger-than-life “Fancy Like,” which recently hit No. 1 at country radio after going viral on TikTok earlier this year. Meanwhile, Guyton will offer “All American,” the newest single off her September full-length debut, Remember Her Name.

Being named as performers to the all-genre awards show is a long-awaited accomplishment for both artists, each of which have experienced a long, grueling climb to make it to their current level of success. Hayes and Guyton both slogged through years of receiving critical acclaim but only limited commercial success, but more recently, both have hit their strides. Guyton first found widespread fame with her searing ballad, “What Are You Gonna Tell Her?,” which draws from her experience as a Black woman in country music and in the world at large.

Hayes saw his star rise this summer with the popularity of “Fancy Like,” a song that celebrates little moments of working-class luxury, like a date night at Applebee’s. “Fancy Like” is nominated at the 2021 AMAs for Favorite Country Song.

Guyton and Hayes join the AMAs’ first round of performers, including three big-name country stars: Jason Aldean and Carrie Underwood will take the stage at the awards show to perform their chart-topping duet, “If I Didn’t Love You,” and Kane Brown will offer a rendition of his fast-paced “One Mississippi.”

Chris Stapleton and Gabby Barrett lead the country nominees at the awards show, and Underwood, Luke Combs and Luke Bryan all scored multiple nominations, as well. Hosted by rapper Cardi B, the 2021 AMAs will broadcast live from Los Angeles’ Microsoft Theater on Sunday, Nov. 21 at 7PM CT on ABC.