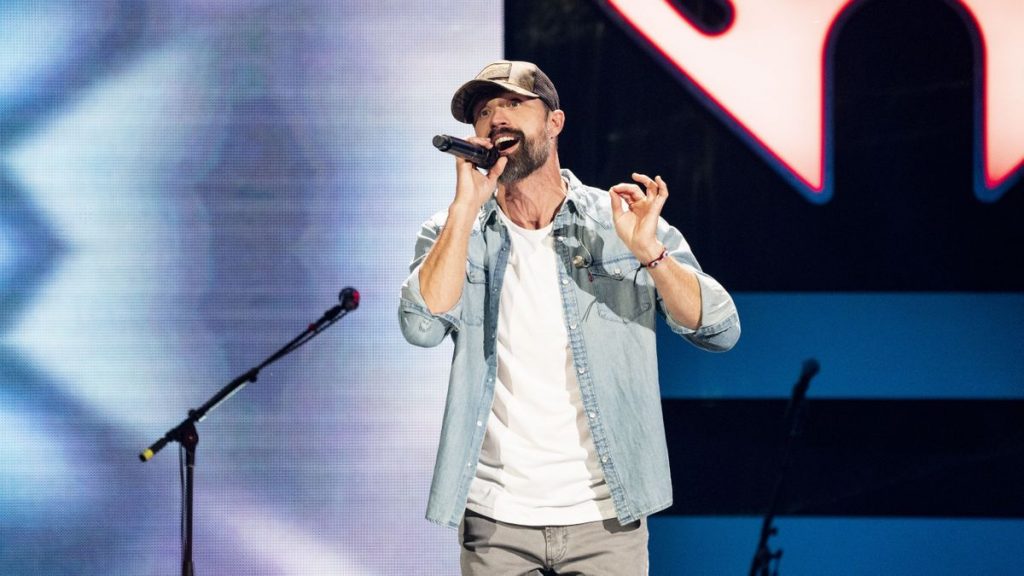 Walker Hayes is bound to be celebrating with a Bourbon Street steak and an Oreo Shake, as he marked another music milestone.

The country sensation and viral TikTok star recently released his full-length project, Country Stuff The Album. Just under a week later, the “U Gurl” singer secured a spot in the top 10 on Billboard’s Hot 200 Chart.

The Grammy-nominated artist also received the No. 2 placement on the Billboard Country Albums Chart and No.1 for country album sales.

The well-rounded collection was produced by Joe Thibodeau and critically acclaimed creator Shane McAnally. Alongside Hayes, the two perfectly captured who the beloved artist is at his very core – as a performer and person. The 13-piece project perfectly intertwines autobiographical storylines with ear-grabbing melodies.

On the heels of Walker’s optimistic anthem “Fancy Like,” the singer-songwriter opened up with fans and released vulnerable tracks. Within the LP, the father of six touched upon a wide array of complex topics from his internal fight with sobriety, losing a child, and heartbreak.

“Every song on this album is a piece of who I am,” shared the hitmaker in a recent statement. “I’m grateful I get to put out music that is 100% me, and that really is about my life. I hope people can relate in some way,” he concluded.

The record expands on his 2021 EP, Country Stuff which features collaborations with Jake Owen, Lori McKenna, and Carly Pearce. The singer recently kicked off The Fancy Like Tour on January 27 and will run until April 30, where he will be performing the chart-topping tracks live and in person.

“The tour is now to a size where I can financially handle a bus for my family, and that’s a game-changer,” he previously mentioned to Billboard. “Honestly, before that, I didn’t really know how long I wanted to do this. Before we had ‘Fancy Like,’ it was 50/ 50 me being a writer versus me being an artist – but now, it’s the artist’s life from here on out, hopefully,” he concluded.

With his gang out on the road, his shows have quickly become a party-like family affair. At his most recent concert at The Riverside Theater in Milwaukee, his children and wife joined him on stage to perform the viral “Fancy Like” TikTok dance.

Yoooo @kanebrown lets do it text me.. dropping the presale code next week via sms 615-808-8426 pic.twitter.com/ZMdeD8sOcr

Following his tour, Walker Hayes is set to join Kane Brown for a few dates on the Blessed & Free trek. Tickets to see the two musicians dominate the stage together are currently available for purchase here.