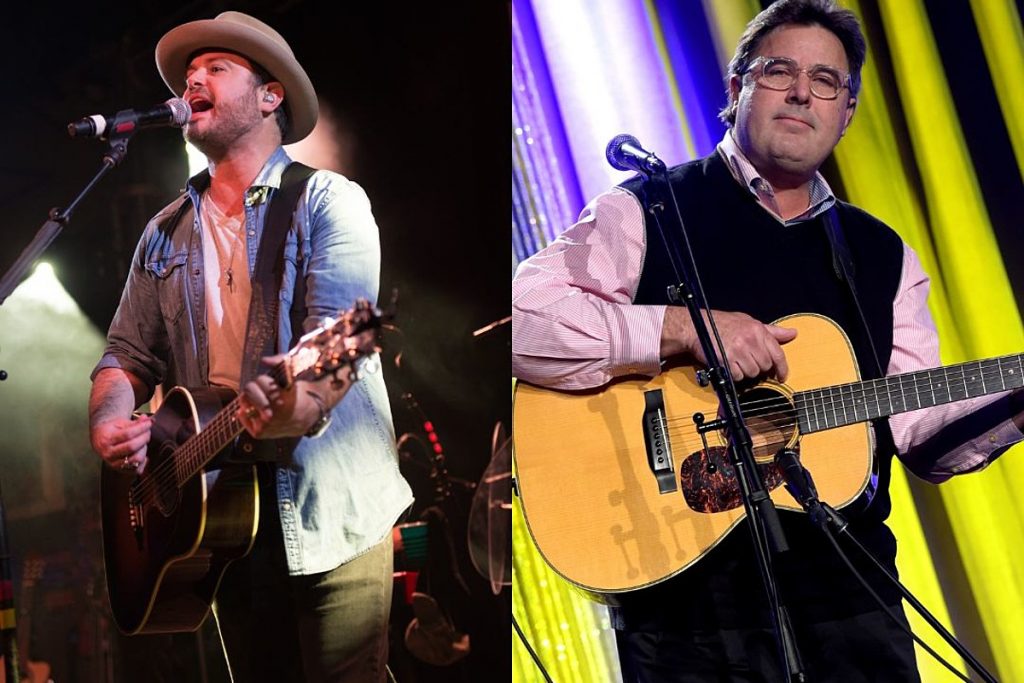 
Wade Bowen is singing the truth about being a country singer-songwriter, and he’s bringing along a country legend to help him tell the story. The Texas singer released “A Guitar, a Singer and a Song,” featuring Vince Gill, on Friday (July 15).

The tune finds Bowen singing about the experience of making music for a living, accompanied by background vocals from Gill. Bowen describes pouring his heart and soul into his music, and although he doesn’t always understand why he chose this path, he realizes that in the music lies truth.

“I don’t know why I do what I do / I just know that I’m in right or wrong / Somewhere in these chords lies the truth / For a guitar, a singer and a song,” he sings in the chorus.

The track features simple acoustic guitar combined with balmy pedal steel, which encompasses the song by the end. Gill adds his recognizable and timeless harmonies throughout the first half of the song. Then, after a classic country-inspired interlude, he sings the last verse solo, reflecting on his own music career. The two sing the final chorus together, which features a change of lyrics — from uncertainty to purpose.

Gill shared the new song on social media, expressing his gratitude for the collaboration.

“Wade Bowen is a great artist and this is a great singer, singing a great song,” he writes. “That never goes out of style. I’m grateful to be a part of it.”

Bowen and Lori McKenna co-wrote “A Guitar, a Singer and a Song,” which will appear on Bowen’s upcoming album, Somewhere Between the Secret and the Truth, out Aug. 12.