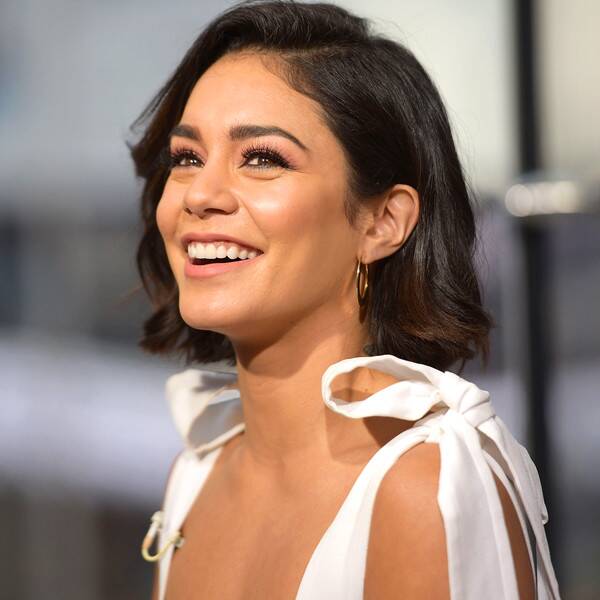 We’re all in this together.

Vanessa Hudgens took to Instagram on Thursday to share a video of her rocking out to Des’ree‘s “You Gotta Be” along with her pal Laura New.

The 31-year-old actress sported blue jeans, a graphic T-shirt and a fringed jacket in the video. She also accessorized her look with some aviator shades and gold hoop earrings.

The post came days after reports spread that Hudgens and Austin Butler called it quits.

“They’re just shooting on two different continents, and it’s a matter of distance,” a source told E! News. “There is no bad blood at all, and they have a lot of respect for each other.”

Hudgens has been overseas filming The Princess Switch: Switched Again while Butler is believed to be away working on a new Elvis Presley biopic.

Hudgens opened up about their relationship during a recent interview for Cosmopolitan UK.

“It’s eight years this year–FaceTime, good communication, respect and trust [are what keep us going],” she said in the article, which was published earlier this month. “The longest we’ve been apart was four months. It sucks! You start hating hearing yourself say ‘I miss you.’ But if it’s your person, you make it work.”

Hudgens and Butler sparked romance rumors in September 2011—less than a year after news broke that she ended her relationship with her former Disney co-star Zac Efron. However, the reports turned into a full relationship.

“It’s hard for me to even put into words what that girl means to me,” Butler told E! News at the Once Upon a Time…in Hollywood premiere in July. “I am so inspired by her every day, and I just love her to my core.”

But could the celebrities ever get back together? While a source told E! News Hudgens and Butler are “split for now,” the insider claimed the stars are “going to see what happens.”

“They have such a history and deep connection they could find their way back to one another,” the source said.

Neither Hudgens nor Butler has confirmed the split.

E! News has reached out to Hudgens’ and Butler’s reps but has yet to receive a response.