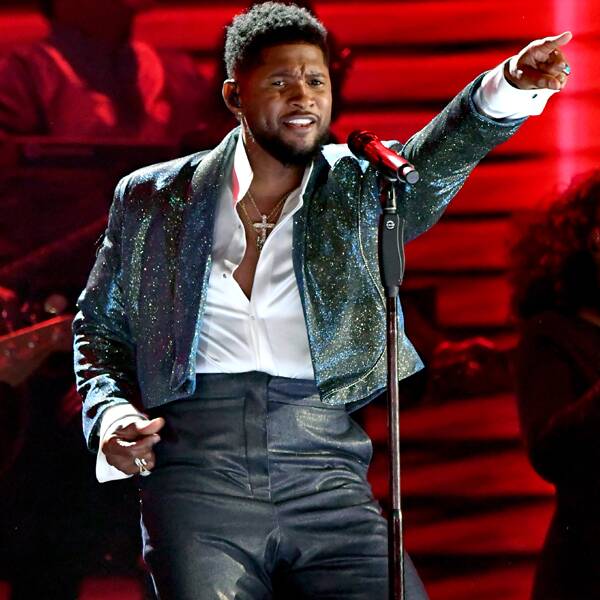 Usheris hosting the 2020 iHeartRadio Music Awards! A press release obtained by E! News announced Wednesday that the star is set to not only host, but also perform at the award show on Sunday, March 29, in Los Angeles. Other confirmed performers are Lizzo, Halsey and Justin Bieber, with more to be announced.

The seventh annual show will be broadcast live from the Shrine Auditorium in Los Angeles on Sunday, March 29 at 8 pm, with the show being tape-played at 10 pm PT.

As the “Love In This Club” singer said in a statement about his new hosting gig, “I’m so excited to host the 2020 iHeartRadio Music Awards and help celebrate the music that I and millions of other music lovers listened to this past year. It’ll be like hanging out with old friends.”

Fans of the award show can participate in selecting the winners by partaking in the online voting, which opened on Jan. 8 and close on Monday, March 23 at 8:00 PM ET / 5:00 PM PT. They can vote on Twitter or at iHeartRadio.com/awards.

Usher’s hosting gig comes fresh off the heels of his epic Prince tribute performance at the 2020 Grammys.

Joined on stage by the super talented FKA twigs, the star honored the late “Purple Rain” singer with a high-energy medley of his hits like “Little Red Corvette,”https://www.eonline.com/”When Doves Cry” and “Kiss.”

For her part, FKA Twigs gave an impressive pole dance on stage before dancing with the “Burn” singer.

Here’s hoping Usher pulls out all the stops in his iHeartRadio Music Awards performance, just like he did at the Grammys!