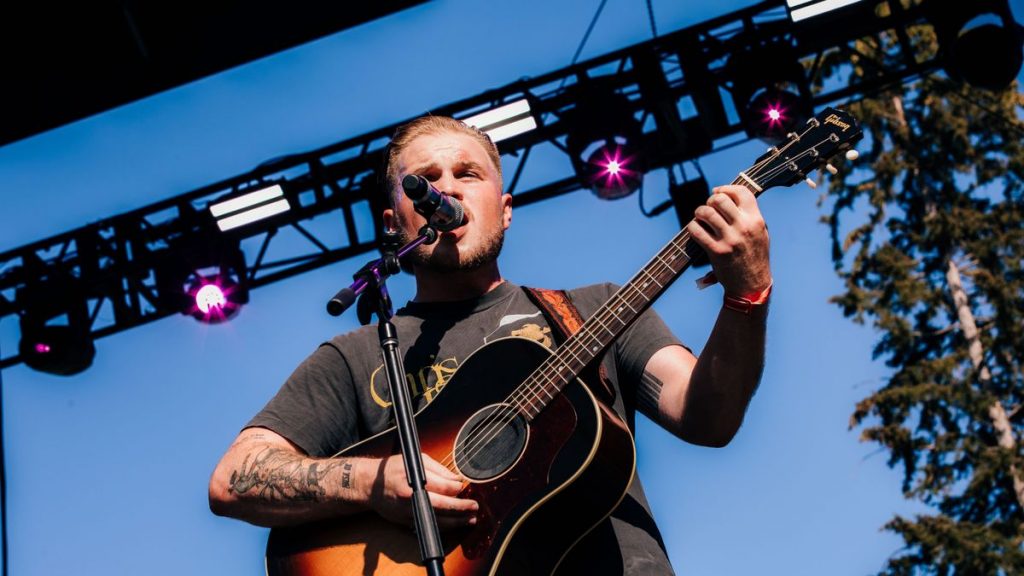 When Johnny Shockey founded the Under The Big Sky Rodeo, Round-up and Music Festival in Whitefish, Montana, in 2019, he had a few goals. The rancher and CEO of Outrider’s Present wanted to showcase Montana’s summertime beauty, give a spotlight to a wide range of singers, and preserve the nearly 400-acre ranch that he bought in 2015.

“This is a homestead that has been in a family besides mine for hundred-plus years,” Shockey said backstage at the festival. “You want to do what you can to salvage these places that could be sold for a golf course and resort. I just wanted to be generational for my kids too.”

“Great event, great backdrop, great line-up, great weather, but this whole year has been important to us,” said bass player RC Edwards. “It’s our comeback year, and it’s great to get everybody back together again. The break was nice … but you miss everybody. It’s weird to think of it as a reunion, but that’s what it is.”
The weather was mild by late-July standards, but attendees still splashed in the creek that runs through the property and didn’t hesitate to pack in front of the stage for their favorite singers. Bryan’s crowd filled every available grassy spot in front of the festival’s largest stage and sang along to every word. However, Jinks was still the main event. The outlaw country singer named MusicRow Magazine’s Independent Artist of The Year traveled to Montana to headline the festival even though his next show was more than 1,000 miles away. But, he said, it was worth it.

“They put on a good festival,” Jinks said before his set. “I’ve done a lot of festivals, and they really do a great job here. It’s hard to beat the Big Sky Country. When you look out across that stage, it’s pretty amazing to see that crowd and everything behind it. It’s just beautiful, and they take really great care of their bands. They get really quality acts out here.”

Since debuting in 2019, Under The Big Sky has showcased emerging and established talent in folk, alt-country, bluegrass, and rock. The acreage has cows grazing in its pastures when it isn’t crammed with music lovers. Shockey, who has a background in concerts and music festivals, said combining music and ranching was his goal all along.

“The core of this has always been Americana, red dirt, independent country,” he explains. “That’s always been the dream. I think it speaks well to the Pacific Northwest and the people here that they know the culture of who we are and all the things we do here. It’s surreal to see this whole thing come to fruition.”