F-150 flawlessly incorporates the Harley theme inside and out, but it is pricey.

Ford Motor Company regularly includes trucks from well-known customizer Tuscany at the Chicago Auto Show and in past years, the aftermarket upfitters have shown off their Tonka, FTX and Black Ops F-Series pickups in the Windy City. At the 2020 Chicago Auto Show, Tuscany has rolled out their newest F-150 upgrade package, teaming with Harley-Davidson to put the legendary motorcycle name back on a Ford pickup.

As an aftermarket package, this Harley-Davidson F-Series pickup is far more elaborate than past packages that were built at the Ford factory. The F-150 is modified inside, outside and underneath with this package, but that level of upgrades come with a price. In fact, this package comes with a big price, starting at $97,000. The Tuscany Harley-Davidson F-150 was stationed in the Motor Company display at the 2020 Chicago Auto Show to draw attention to the F-Series lineup. Between the upgraded body parts, the orange-trimmed Harley-Davidson logos and the high-riding stance, this truck did a great job of pulling spectators into the collection of Ford trucks. On the outside, the Harley-Davidson F-150 package starts up front with a unique painted grille and bumper cover, with unique honeycomb inserts in every frontal opening. There is also an LED light bar integrated into the front bumper cover, as well as a set of tow hooks. The front end also features a functional ram air hood with honeycomb vent grilles. Along the sides, this F-150 has the Harley-Davidson text logo running along the front doors, along with fender vents containing the Harley shield logo. The side-view also reveals painted fender flares, power running boards with paint rock guards and the gorgeous custom wheels. The wheels are designed to replicate the rollers that come on a Harley-Davidson Fatboy, measuring 22 inches and coming wrapped in 35-inch all-terrain tires. Finally, the rear end of this F-150 features painted custom bumper covers, a Harley-Davidson logo across the middle of the tailgate and a painted hard tonneau cover that protects a Harley-Davidson-branded bed rug. This package can be ordered in three exterior colors – Agate Black, White Platinum and Leadfoot.

The highlight of the interior of the Tuscany Harley-Davidson F-150 is the custom quilted leather seats in black with bright orange contrast stitching. These seats have the motorcycle manufacturer’s logo just below the headrest, and there are matching logos on the floor mats, the door sills, the door panels, the center armrest and the gauge cluster. The orange trim is also carried throughout the cabin, with a numbered badged in the middle of the center armrest cover. As mentioned above, the Harley-Davidson F-150 from Tuscany comes with a slick of cool 22-inch wheels wrapped in off-road-ready rubber, but there are other performance enhancements included in this package. A BDS suspension setup designed specifically for this truck works with a set of Fox performance shocks which are also unique to this package.

There is also a Flowmaster performance tuned exhaust system with billet aluminum exhaust tips. This system was designed to somewhat replicate the tone of a modern Harley-Davidson motorcycle, even though these pipes are hooked to a 5.0-liter V8 engine.

Finally, while there is no mention of a supercharger on the company website, the F-150 on display in Chicago was fitted with a Whipple supercharger, lifting the output to 700 horsepower. Since that is not listed on the website, we imagine that it was added separate of the Harley package. This new Harley-Davidson F-150 is the best-looking motorcycle themed pickup we have seen in many moons. The heavily modified exterior with the plush interior makes this a truck that any Harley fan will be proud to drive in rough weather. Of course, those Harley fans will need to be fairly wealthy, as this package starts at $97,415 for the black or grey exterior while the white exterior package starts at $97,710.

For Those Who Demand the Best

Old Ford Jumps a Cavalier in the Snow: Freaky Friday

How Many Miles Are They Good For? 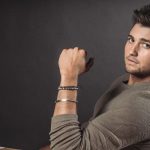 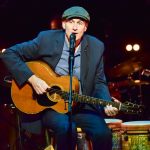 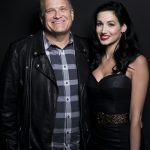