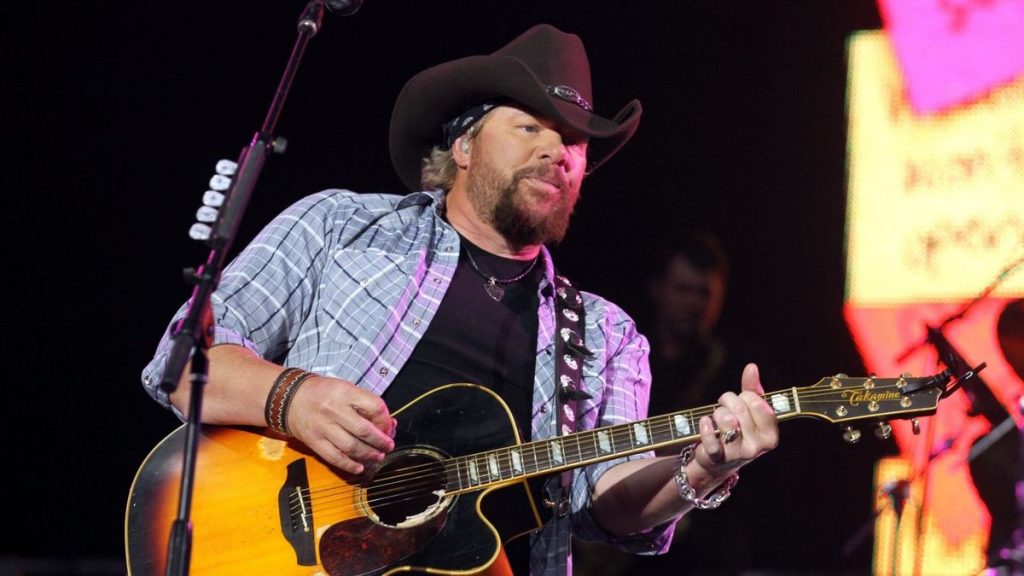 In his latest release, Toby Keith wonders what is ahead for the United States of America. With “Happy Birthday America,” released just as the nation enters the July 4th holiday weekend, Keith veers from a straightforward song about American exceptionalism, and instead ponders America’s role in World War I and World War II, before touching on American flags being burned in the city streets. The song takes both left-wing and right-wing politics to task, adding, “Every time I go to town and vote, I just come home with the blues.”

“I get to wake up in your freedom/but sometimes I wonder why/seems like everybody’s p***** on the red, white and blue/Happy Birthday America/whatever’s left of you,” he sings in a resigned tone throughout the song’s chorus.

Keith penned the track on a boat while watching a fireworks display in 2020. In a previous statement, he recalled writing the song after noting that a friend said, “Happy Fourth of July, big dog,” to which Keith responded, “Happy birthday, America…whatever’s left of you.”

“It had been a screwed up 18 months,” Keith recalled. “I was seeing both sides having concern over the end of democracy. We’ve fought and divided almost to the point it’s only about power and winning. Charlie Daniels had a song saying ‘God save us all from religion.’ And I’m thinking, ’God save us all from politicians.’”

Keith, of course, had earned some of his career’s top hits with steely-eyed, flag-waving fare, such as “American Soldier” and “Courtesy of the Red, White and Blue” (The Angry American), though his latest release leans more reflective than full-throttle patriotic.

Keith is working on a full-length album set for release later this year.