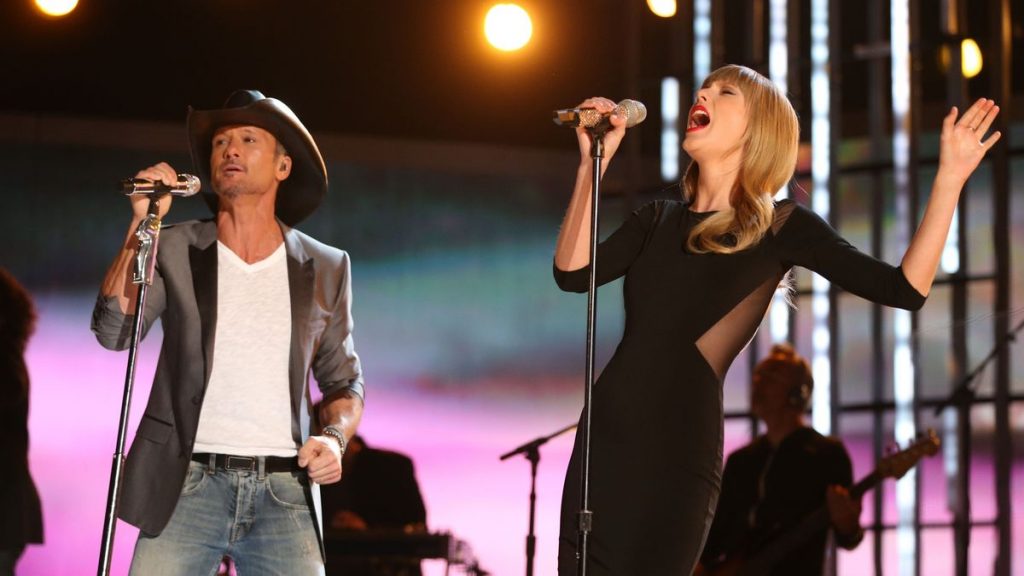 In 2006, a then-teenage Taylor Swift broke through on country radio with her debut single, “Tim McGraw.”

Some artists might be flattered that a newcomer has written a song with their name as the title. But in a recent interview with Apple Music Country, the 53-year-old McGraw said initially he was “a little apprehensive” about being the inspiration for the title of Swift’s song, which released 15 years ago.

“I thought, have I gotten to that age now to where they’re singing songs about me? Does that mean I’ve jumped the shark a bit? Is everything still cool?” he said.

“And then I realized that somebody had told me that she was in her seventh-grade math class when she wrote the song, so it made me feel a little bit better about that because she was so young writing it. So I didn’t feel like I was that terribly old.”

Back in 2006, Swift told CMT of writing the song, “I wrote [the song] in my freshman year of high school. I got the idea in math class. I was just sitting there, and I started humming this melody. I kind of related it to this situation I was in. I was dating a guy who was about to go off to college. I knew we were going to break up. So I started thinking about all the things that I knew would remind him of me. Surprisingly, the first thing that came to mind was that my favorite country artist is Tim McGraw.”

At the 2007 Academy of Country Music Awards, Swift famously ended her performance by heading into the audience to introduce herself to McGraw and his superstar wife Faith Hill. “It’s so nice to meet you,” Swift said to the superstar couple following the performance.

That song led to a friendship between Swift and McGraw. Swift opened for McGraw and Hill’s Soul2Soul Tour in 2007, and McGraw later invited Swift to collaborate with him on the 2013 hit “Highway Don’t Care” (featuring Keith Urban on guitar). The three performed the song live during the Academy of Country Music Awards that year.

In 2018, Swift invited McGraw and Hill to collaborate on “Tim McGraw” during Swift’s Reputation Stadium Tour.

“I’m a big fan of Taylor’s. I think that she has just such a unique way of connecting with her audience and her songwriting ability and her intuition is just so incredible,” McGraw told Apple Music Country. “And I just think she’s one of the greatest artists to come along in a long time.”