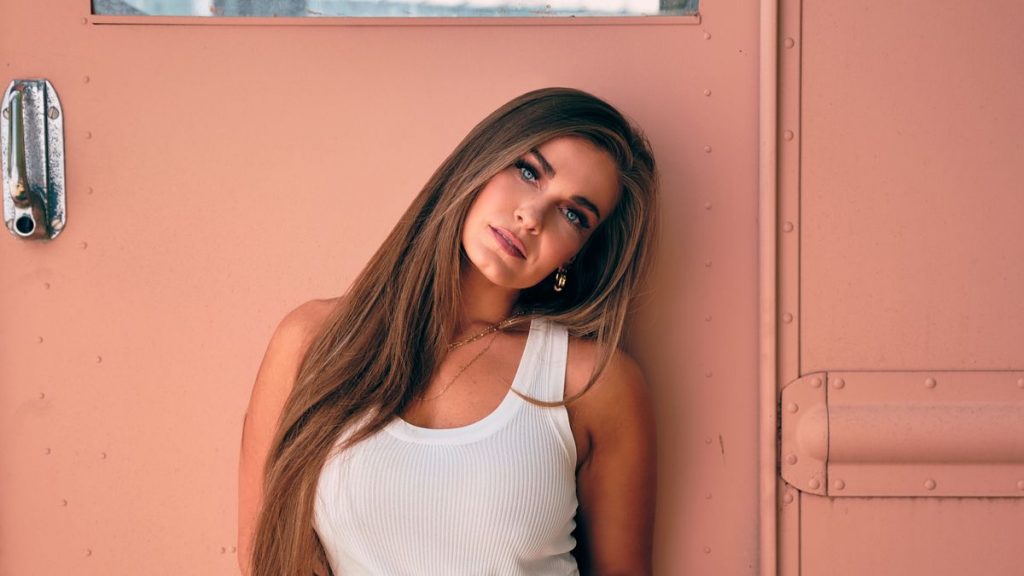 Country music breakout artist Tiffany Woys spent her childhood navigating the Sacramento, California music scene. She would perform three nights a week for several hours straight to place her name on the map.

Standing in front of a lively crowd with a microphone in hand came naturally to the vocalist, but penning her own material was never in the cards. So, she packed her bags and fled to Music City to immerse herself within the powerful songwriting community at just 20 years old.

“I was born and raised where there really wasn’t a songwriting community. I wasn’t the little girl that had a diary and wrote down my feelings,” Woys told CMT before explaining why she moved to Nashville. “This city is all about songwriters. I like putting my story to other people’s words. We have this incredible songwriter community here, where all they do is write. They put that pen to paper, their fingers to the keyboard, and they create these words. I’m just so grateful that I can actually bring the songs they make to an audience and bring it to life.”

However, when live music was at a standstill during the height of the pandemic – Woys thought it was a perfect time to bring her untold stories to gifted songsmiths. Alongside co-writers Hannah Ellis, Tammi Kidd, Sara Haze, Emily Shackelton, John Kennedy, late Busbee, and more, Woys carefully created her six-track EP, “All About Love.”

Approximately two years later, the love-centric collection is now available (March 18) and ready to be played on repeat. Woys mentioned that it was 2019 since her last several-piece project and pointed out that she’s extra excited for fans to “grasp” where she is “going as an artist.”

“I think it’s really nice to listen to a full body off work,” she said while clarifying that she hopes her listeners will learn to enjoy her fresh sound and style. “I think sometimes you need more than just one song to kind of tell a story.”

The independent musician effortlessly produced a well-rounded collection that displays a raw perspective on love. While the songstress highlights the beauty behind a healthy relationship, she also touches upon heartbreak and despair.

“I am going to have songs on there that are heartbreak songs and happy songs. Love is something that is so universal. Going through heartbreak, falling in love, meeting someone for the first time, or having to say goodbye is something that we, as humans, are all going to go through,” she declared. “I just find that singing about that has always made me happy and has always made me feel closer to my listeners.”

The budding singer practices what she preaches – as in her country-pop radio hit, “About Love,” fans are destined to get transported back in time to when they laid eyes on their special someone.

The California native reminds fans what it was like to place their heart on the line, how it felt to see their crush’s name come across their phone, and she even manages to unlock the memory of receiving butterflies for the very first time. Although Woys did not write the robust EP, music-goers will get a sense of authenticity with her compassionate delivery.

“When I cut a song, I want them to feel something that I have been going through and then also relate to me on that level,” she gushed. “So, it’s all about love. I think we can all use a little bit more of it…that is why I just want to celebrate love.”

“I was never blessed to have that experience,” she shared about working alongside Busbee before he lost his battle to cancer. “What made that song so special was Hannah Ellis. She had that moment with him writing that song. I heard that track for the first time two years ago. I remember where I was…I was in New York City in a cab on Valentine’s Day. I immediately reached out to my team and said, ’Hey, I want to cut it.’ They got back to us, and of course, Hannah was already planning on cutting it,” she recalled.

Since Ellis decided to take on the project, Woys took a step back and respected her decision. After a long period of time, the singer realized that “I’ll Meet You There” never came out. So, she pitched the idea one more time and luckily she received the response she wished for.

“I had my team go back and check on it. She was so gracious enough to say, ’Yeah, she can cut it.’ I thought it was so special. It shows you what females in country music are like with each other. If I had a song written with Busbee, I probably would’ve held that really near and dear to my heart. She was so gracious enough to allow me to go in and put my story to it,” said Woys with gratitude. “Now that I am getting married, this song takes on a whole new meaning. I actually want it to be played at my wedding,” she added.

The rising star continued to say that she would like her fans to feel a “full range of emotions” when they listen to “I’ll Meet You There” and the other songs on the tracklist.

“I am really trying to tell a story, which is my journey to finding love and the things that I’ve been through. I want people to feel sad and hurt. I also want them to feel happy, excited, and even hopeful for their own journey to finding love. If they are happily married or with somebody, I want this EP to take them back. I am a huge fan of just the nostalgia of things,” she concluded.

With six new tracks under her belt, the “Do Ya” singer would like to hit the road in full force. As she works with her camp to get tour dates set in stone, she is gearing up to release a podcast that acknowledges respected lyricists and their work.

Fans can add her “All About Love” EP to their daily playlist, until the powerhouse soloist confirms a premiere date for her highly anticipated podcast.