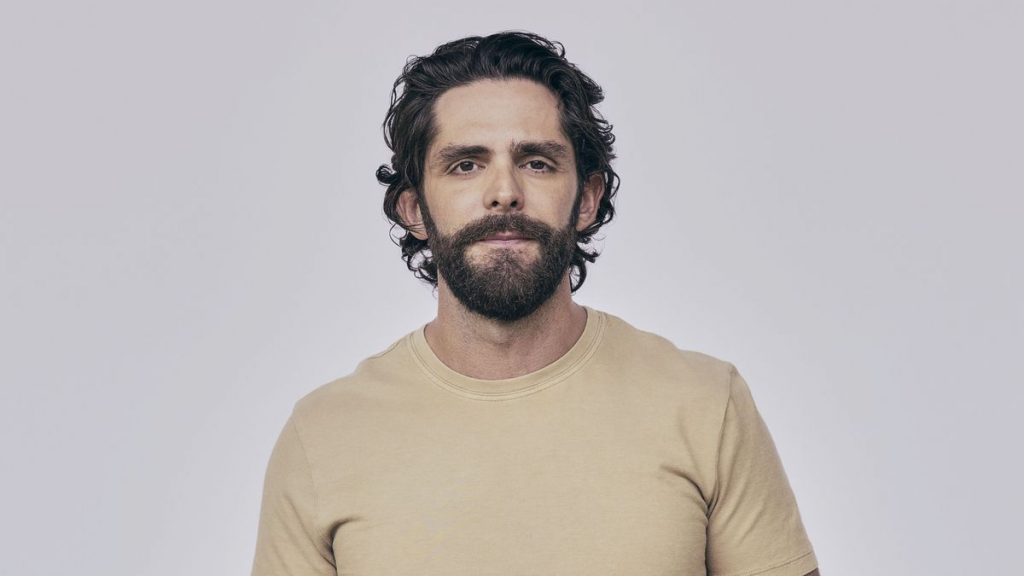 Thomas Rhett thinks if you liked his “Center Point Road” album, you might love his new “Where We Started” record even more.

On Friday, he announced the album, which is his sixth studio project. “Where We Started” will be available April 1 and boasts 15 new songs and three head-turning collaborations. The singer teamed with Riley Green for “Half of Me,” Tyler Hubbard and Russell Dickerson joined him on “Death Row,” and Katy Perry stunned Thomas Rhett by readily jumping on the album’s title track.

“Having Katy Perry featured on this was mind-blowing to me,” he said. “Alison Jones at the label sent it to her, and she was immediately like, ‘When do I put my vocal on it?’ I’m sitting there going, ‘Really?’ I’ve always been such a fan of hers. To have her on here really escalated the emotion of that track. It’s a song I think a lot of people are going to relate to and a lot of people are really going to enjoy.”

Thomas Rhett believes the album is “extremely well written” and said the songs were crafted “from a place of severe honesty.” He had a pen in 14 of the album’s 15 tracks. He namechecks “The Hill,” the one song he didn’t write, along with “Angels” and “Your Mama’s Front Door” as examples.

“These are songs like I felt (were) like the songs I was writing at the beginning of my career,” he explained. “(They) have turned into something I feel like I can put my stamp on.”

He said the album mixes it up sonically, too, and explained it’s “extremely versatile.”

Songs include “Angels,” which came out Friday, and Rhett readily admits the touching love ballad tests his vocal range. “Church Boots” is a contemporary bop that is sure to be a crowd favorite in concert. And “Death Row” is a song he co-wrote the Ashley Gorley and Zach Crowell after visiting inmates on Tennessee’s death row.

“As a listener, I like to be caught off guard every time I hit the next track, and that’s what this record is,” Thomas Rhett said. “It’s fun, but it’s also reflective and sad and happy, but that’s life. Every day you go through all these emotions. I feel like this record has a song for everyone.”

Produced by Dann Huff and co-producers Jesse Frasure and Matt Dragstrem, “Where We Started” is available for pre-order now.

“It’s a lot of just great songs that remind you of your past and also a lot of songs that make you want to party,” he said. “And those two coming back-to-back is a unique listening experience, and I don’t think you’re going to get bored. That’s always my biggest goal, is to make sure my kids don’t get bored with my records.”