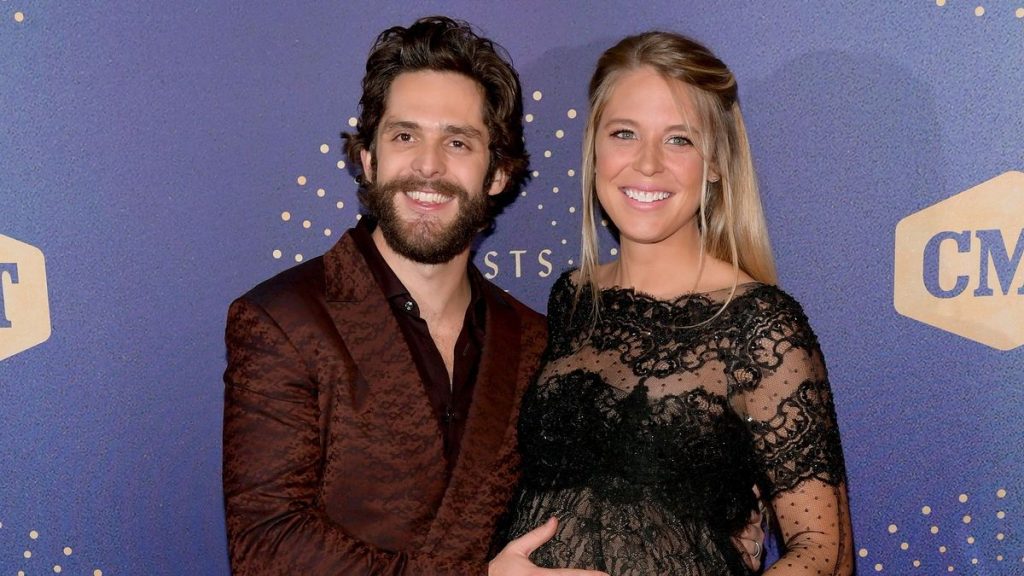 It’s another girl for Thomas Rhett and his wife Lauren Akins!

In the early hours of Mother’s Day, the “Country Again” singer and his wife Lauren announced they are expecting their fourth child–and fourth daughter–in November. The couple is already parents to three girls, including Willa Gray (5), Ada James (3 1/2) and Lennon Love (14 months).

The reigning ACM Male Artist of the Year first let fans in on the news as he was about to play “To The Guys That Date My Girls” onstage while headlining a concert at Billy Bob’s Texas in Fort Worth.

“Well… we are pregnant again!” Thomas Rhett later shared via Instagram. “Tonight when I was on stage in Fort Worth about to play “to the guys that date my girls” my wife talked to me in my (ear monitors) and said “you can tell them if you want” so anyways, now you know. We are pumped to be having our 4th girl🙌🙌🙌 feel free to buy all the merch you want, knowing that all the proceeds are going straight to all these weddings I’ll be paying for one day! Love you so much @laur_akins we always wanted a big thanksgiving table😭”

“To The Guys That Date My Girls” is from Rhett’s recently-released album Country Again: Side A, the first in a two-part project. The second part of the album will be released later this year.

Lauren also shared the happy news via an Instagram post, saying, “SURPRISE!! he just couldn’t wait any longer, so @thomasrhettakins told our newest little secret onstage at @billybobstexas in Ft. Worth (my mama’s hometown 🥰) just in time for Mother’s Day 💕: Akins family expanding in November 2021 with our FOURTH baby girl.”