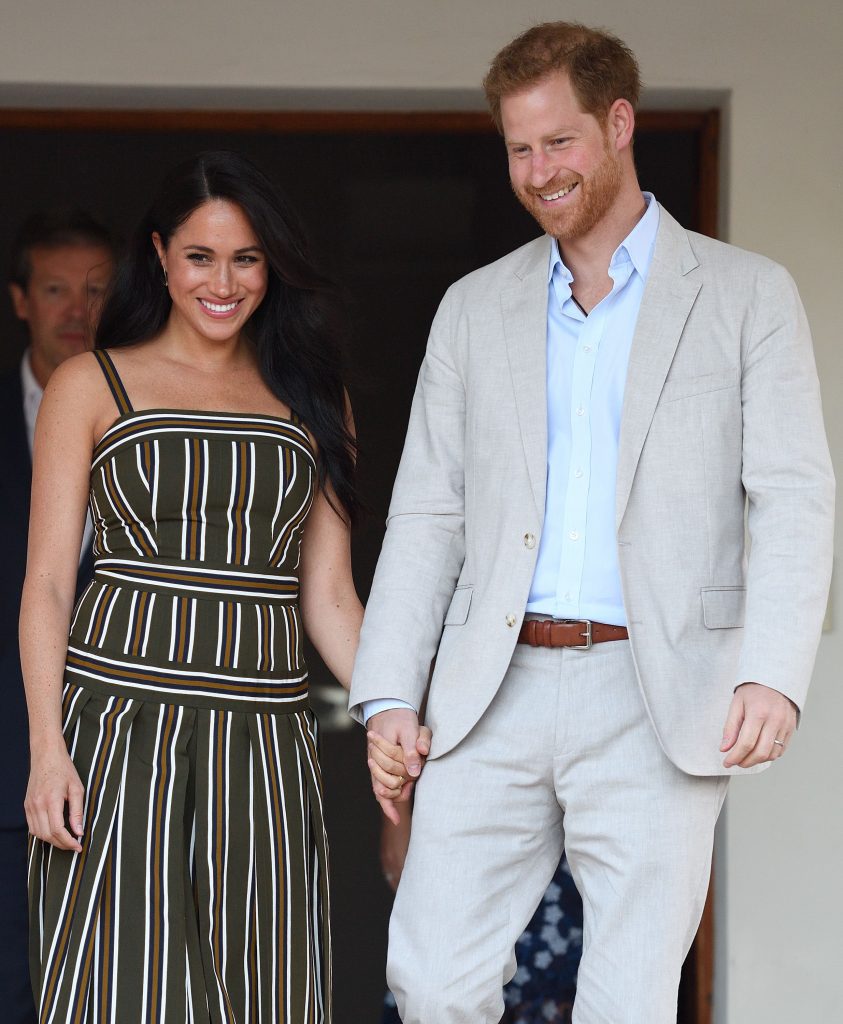 ‘There are serious safety concerns’


Prince Harry and Meghan Markle’s new life is getting off to a bumpy start.

On Tuesday, paparazzi photos taken of Markle hiking with their infant son, Archie, and two dogs on Vancouver Island appeared on the cover of the U.K.’s The Sun as well as on other outlets, including The Daily Mail. A legal representative for the couple — who stepped down as senior members of the royal family — sent a warning letter to British news outlets saying “action will be taken” if the photos are published or purchased.

According to NBC News, the law firm Schillings Partners said that a paparazzo hid in the bushes and spied on Markle to get the photos, which were taken Monday. And while the former actress has a grin on her face in the published pictures, she did not agree to have her picture taken, deeming it “harassment.” It also said that paparazzi have been camped outside where the couple is staying in Canada (Harry joined his family on Tuesday after finalizing “Megxit” plans) and taking photos with telephoto lenses.

The letter said, “There are serious safety concerns about how the paparazzi are driving and the risk to life they pose.” Of course, Princess Diana — Harry’s mother — died in a 1997 car crash while trying to escape paparazzi.

A Schillings Partners spokesperson was not immediately available for comment on Tuesday when contacted by Yahoo Entertainment.

Living in the U.K., the couple was afforded some protection from these types of situations.

“I think it’s really interesting when you look at the coverage over the past year or so, never once did we see a candid shot of Meghan walking the dogs when they were living in Windsor,” NBC News London correspondent Kelly Cobiella said on the Today show Tuesday. “Now we’ve not only seen Meghan walking the dogs but Harry arriving at the airport [and] Meghan taking off from the airport to one of her events last week.”

Cobiella continued, “The privacy rules are really, really strong [n Britain] in part because of Harry and William, and the days when they were growing up, those privacy rules were put in place to protect them for the large part. Now they’re moving to a place where those rules don’t apply.”

Harry and Meghan have long been battling it out with the U.K. media. Last year, they filed a lawsuit over the publication of a private letter, from Markle to her estranged father, that her lawyers said was “unlawful.” At the time, Harry called out some media outlets for “bullying” and said, “My deepest fear is history repeating itself. I’ve seen what happens when someone I love is commoditized to the point that they are no longer treated or seen as a real person. I lost my mother and now I watch my wife falling victim to the same powerful forces.”

Last year, the couple was paid substantial damages and received an apology from a news agency after aerial photographs of their home in the Cotswolds, southern England, were published forcing them to move.

Over the weekend, the negotiations between Harry and the rest of the royal family were resolved. The queen issued a statement saying the Sussexes would officially cease their royal duties in Spring 2020 as they start a more independent life in North America. Some details are still being worked out.

However, in Harry’s first public speech a day later, he said he was feeling a “great sadness” that it has come to this, referring to the royal exit. In that speech, he also mentioned the media, saying it’s “a powerful force” that needs to be countered. And he was hoping for a “more peaceful” life.