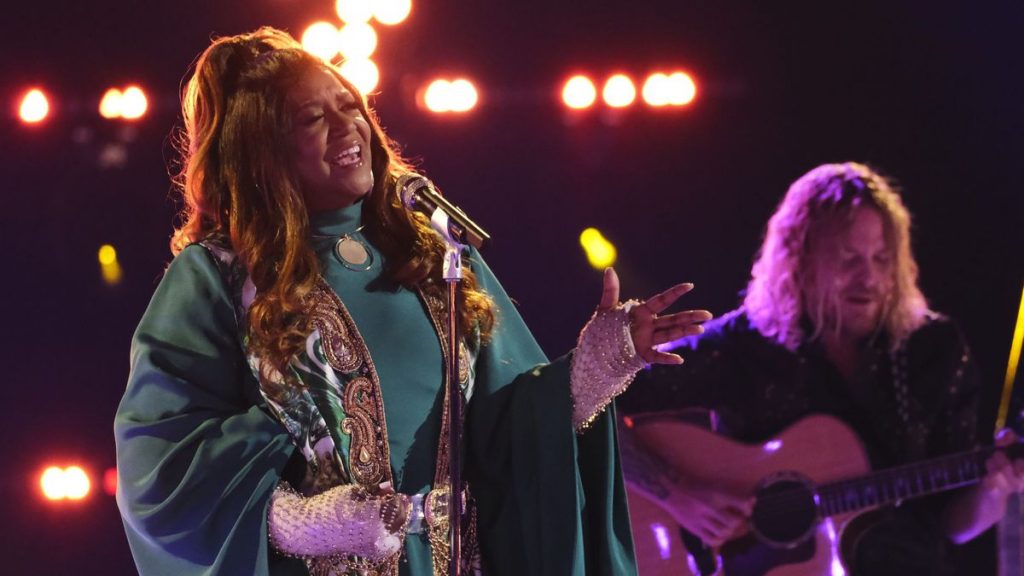 Moten, a singer for Nashville’s Grammy-nominated western swing band The Time Jumpers, was a front-runner all season who captured viewers’ hearts when the 56-year-old tripped over some speakers following a performance and broke both of her arms in November. At the time, Moten said she was okay but later revealed she had to go to the hospital and have surgery to put the bones back together.

She never missed a show.

“I fell down pretty hard,” she admitted, but later added, “the show must go on.”

Shelton told Moten, “There truly is no holding you back.”

“Just promise me that you won’t break both your legs,” he added.

“I ain’t breaking nothing!” she shot back. “You might have to wheel me out on a wheelchair, get me up to sing, put me back and wheel me back out.”

Tuesday night, before the winner was revealed, Shelton told Moten that working with her was the “easiest coaching gig I ever had.”

The pair soared when they teamed on “Just a Fool” during the finale episode, and Shelton said he’d never wanted someone to win as much as he wanted it for Moten.

“This girl has paid her dues,” said Shelton, who jokingly referred to himself as her manager and said he was sitting in the wrong chair.

“Thank you for not giving up on me,” Moten told him.