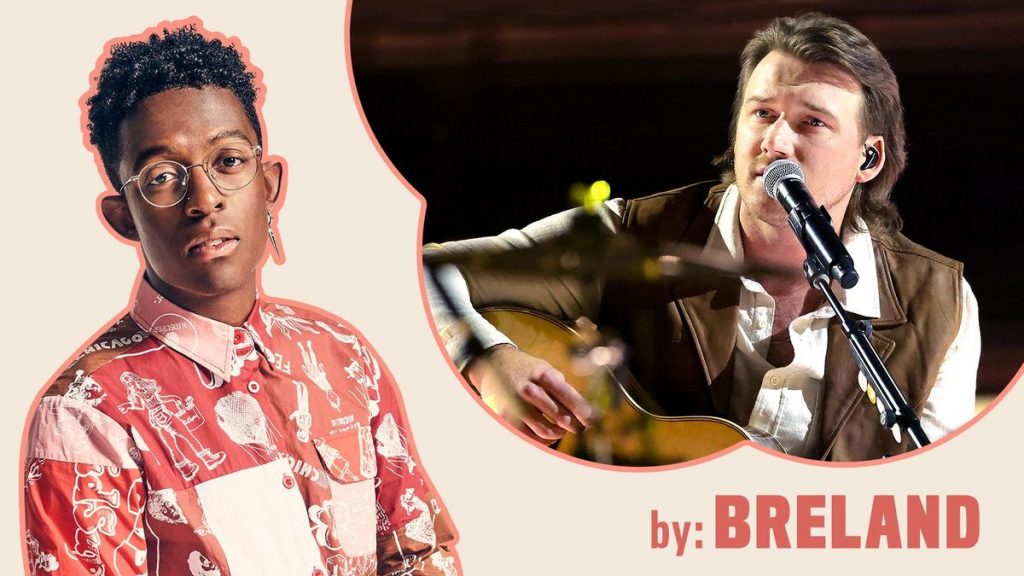 When Morgan Wallen dropped his sophomore double album ‘Dangerous’ at the top of 2021, the hype around country music’s young superstar seemed to be at its peak. Having already survived multiple public scandals over the previous year, the quality and popularity of his music had always absolved him of his sins. But when video surfaced of the East Tennessee singer drunkenly saying the N-word outside of his Nashville home, the court of public opinion was less than forgiving in their sentencing: Cancellation.

What exactly does it look like to be canceled? In Morgan’s case, it meant the loss or suspension of his record deal, his booking agency, radio play, editorial play-listing on music streaming sites, and being banned from winning almost every major award. The response from the industry was swift, and Wallen’s forthcoming apology and Good Morning America appearance did little to shift the perspective of the public. With his outburst coming on the heels of the Black Lives Matter protests of 2020, and country music’s subsequent referendum on racial equity within the format, the penalties levied against the singer felt justifiable. But to many of Morgan’s supporters, it became a unifier. Before long, fan-sponsored billboards started going up all across the south, as well as petitions and social media campaigns to end the industry’s embargo on Wallen.

While the artist himself largely stayed out of the public eye, his popularity and the consumption of his ‘Dangerous’ album continued to skyrocket during his absence. These trends became even harder to ignore as sales on his project surpassed that of industry darlings in Drake, Adele, and Kanye West, all of whom dropped long-awaited albums of their own. After about six months away, Wallen resurfaced with packed out charity benefits in Nashville this past fall, as well as appearances on songs with frequent collaborators and label-mates Hardy and Ernest. The singer surprised the world again with an unorthodox feature on rapper Lil Durk’s ‘Broadway Girls’, with both artists posting captions that hinted at racial, or at least cultural reconciliation: “Trenches 🤝 Country.”

Each of these appearances sought to slowly and subtly reintroduce Morgan back into the country music ecosystem. Coming into the new year, “Flower Shops” with Ernest started receiving play-listing on all of the major streaming outlets, which Wallen had been excluded from for almost a year. At the ACMs in March, “Dangerous” won album of the year, the only category for which Wallen was eligible for as per the Academy’s sanctions. At this point, I knew a comeback was imminent, I just didn’t know how it would be rolled out.

Wallen’s first two solo releases since his exile were masterfully executed. ‘Don’t Think Jesus’, a power ballad that dropped on Good Friday, presents a more reflective artist at a crossroads of faith, questioning how Jesus could still love and forgive him after his mistakes. The timing, performance, and message of the song were so compelling that I recorded a version of it from my perspective. For Christian listeners still grappling with their stance on Wallen, the song exposed the hypocrisy of unforgiveness by proposing what Jesus would have done. His second solo release, “Thought You Should Know”, dropped on Mother’s Day to a similarly positive response from his fanbase. A relatable love letter to his mom, the song furthers the musical narrative of Wallen’s journey of growth and accountability. While some people likely won’t change their position on the singer from these two singles, many already have. The recent swing in public perception has caused many of the industry’s gatekeepers to soften their stance on the singer, reversing months-long penalties. But if ‘canceling’ an artist can be undone as easily as adding time with hits, why cancel anyone at all?

‘Canceling’ someone for a perceived wrongdoing is in and of itself an enigma. Because while public sentiment can push corporations to enforce tangible restrictions, it can also embolden a fanbase that feels like their favorite artist is being disenfranchised. Usually, and what is also arguably true in this case, both reactions prove equal and opposite, and very little happens. Comedian Louis CK was cancelled a few years ago for sexual misconduct, but just won a Grammy for his latest stand-up special. Chris Brown has been canceled multiple times over the past decade, but just announced an arena tour with Lil Baby. Has anyone ever been canceled in the age of social media that hasn’t come back from it? I can’t say that I’ve ever witnessed it.

As a Black Country artist, I was disappointed when I saw the video of Morgan using the N-word, and I was reminded of times in my life that I’ve felt disrespected or unsafe on account of my race. But I also found nuance in the situation, as is typically my approach. What I really saw in that infamous video, as I saw in each of Morgan’s public misgivings, was a person that may be struggling and in need of counsel. Because of the racial ramifications of him saying what he said, it understandably became a much larger and more delicate issue. Do I believe he should have faced consequences? Ideally, yes. Do I believe any of the sanctions levied against Morgan as a result of his actions did anything to solve a race problem in country music, or even a personal race problem that Morgan may have? No, I do not.

Canceling someone without getting to the root of a problem is lazy. It is the social combover that does nothing but temporarily and ineffectively hide a bald spot. Country music, like America, has a long and violent history with race. If you’re unfamiliar, I recommend watching the Amazon documentary “For Love and Country”, which chronicles this history with powerful anecdotes from some of the format’s black artists, including myself. Canceling Morgan and removing him from the public eye can’t and didn’t erase racism in country music, because it isn’t a problem that he started, it is a larger system of which he is a by-product. Rather than dismiss Morgan, I would have loved to see discourse that included him, where he and society at large could learn about that history and move toward anti-racism and ally-ship. Unfortunately, we have spent so much time collectively ignoring Morgan that we may have missed the window for such a moment to occur.

Regardless of how you may personally feel about the singer, all signs point toward a massive comeback album. The campaign has been months in the making and has featured some of the strongest music of Morgan’s career. What he’s learned during his time off remains to be seen, but what I hope we can all learn is that our current system for solving these types of issues is ineffective. These problems have never been solved through avoidance — in fact, that has only perpetuated them. I sincerely hope it doesn’t take another artist using the N-word for people to feel inspired to engage in these conversations again. These are the very types of conversations that prevent those situations from occurring. While canceling Morgan Wallen has arguably made him a bigger star, it’s hard to know whether it has made him a different person.

All I know is that I’m ready to have that conversation whenever he is.

Editorial Note: Prior to this article’s publication, CMT reached out to Morgan Wallen’s camp via his management, to open a line of communication based on the contents of this piece. Despite showing initial interest in having us facilitate a private conversation between Morgan and BRELAND, we’ve been unsuccessful with further communication.

Singer, songwriter and producer BRELAND is a bold new force on today’s country music landscape and a new contributor to CMT.com. His views are expressly his own. Connect with him on Instagram, Facebook, Twitter, YouTube and SoundCloud.