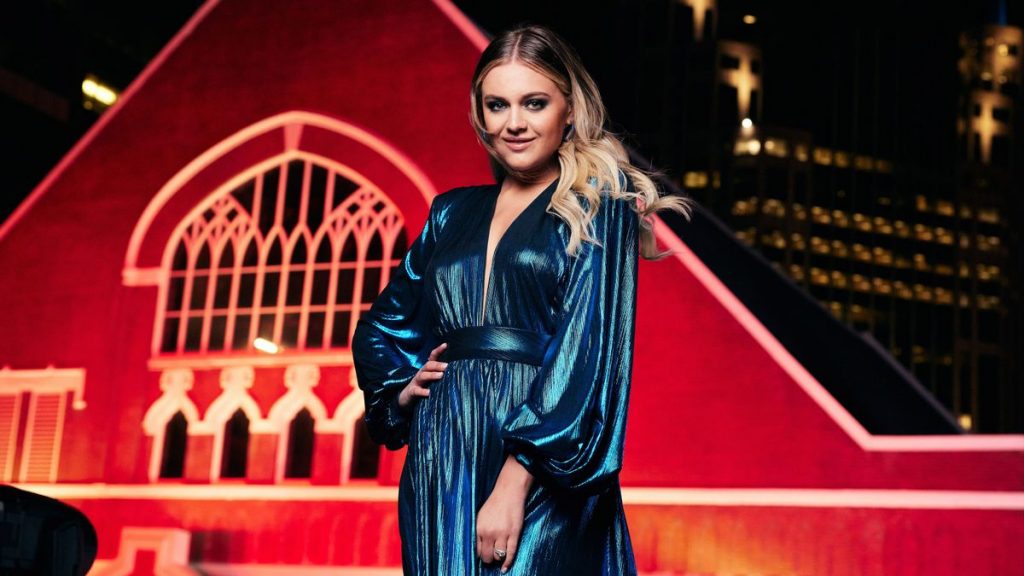 “The Home Edit” Transforms Kelsea Ballerini’s Tour Bus: “They Made It Really Cute, Feels Like Christmas”

Powerhouse vocalist Kelsea Ballerini recently appeared in the latest episode of “Get Organized With The Home Edit” on Netflix. The multi-platinum artist turned to the dream team behind the hit television show, Clea Shearer and Joanna Teplin, to transform her tour bus into a comfortable living space.

Nashville-based business owners Shearer and Teplin established their company “The Home Edit” in 2015, and since opening their doors – notable names within the entertainment industry have been paying the professional organizers big bucks to invade their closets, offices, and even pantries.

With a fine eye for interior design and a love for categorizing, the two magically convert chaotic clutters into aesthetically pleasing spaces. Country hitmakers such as Thomas Rhett, Kane Brown, and FGL’s Tyler Hubbard have welcomed the entrepreneurs into their homes.

“The Home Edit” official Instagram account recently (April 5) shared a snippet of the Netflix episode featuring the “I Quit Drinking” singer and gave fans a sneak peek inside her swoon-worthy tour bus.

“Love getting @kelseaballerini ready for months on the road with streamlined systems 🌈 ✨ Watch how we transformed her home away from home on Get Organized with The Home Edit now streaming on @Netflix,” the company wrote in the caption alongside the video.

Within the quick clip, Shearer and Teplin surprise the country songstress with the eye-catching transformation. The dramatic makeover caught Ballerini off guard, as she walked onto the bus and instantly squealed with excitement.

“Oh, my God!” she yelled while looking at her spotless living room with pink décor. “It’s so much cuter! It’s beautiful. It’s serving me, like, let’s-go-to-the-beach vibes. It makes me so happy. They made it really cute. Feels like Christmas,” she gushed with a smile ear-to-ear.

Within the Season 2 trailer, the dynamic duo captures the singer-songwriter exploring her tour bus for the first time following the renovations. The teaser display’s her color-coded wardrobe, visually pleasing pantry cupboards, and of course, a glam room made for a COVERGIRL.

“This calms my anxiety in a way that I can’t quite explain,” she said while peeping through each nook and cranny of the tour bus.

With a decked-out tour bus, Ballerini is ready to hit the ground running. The chart-topping artist recently revealed that her new single “HEARTFIRST” will drop on Friday, April 8. On the heels of new music, Ballerini will serve as the 2022 CMT Music Awards host alongside acclaimed actor Anthony Mackie.

The must-watch affair marks Mackie’s first time as host, after he presented the “Video of the Year” award last year. Ballerini has become a regular on the legendary CMT stage, as she tackled the gig with Kane Brown at the 2021 ceremony.

“I’m thrilled to be returning as host at this year’s CMT Awards with Anthony Mackie! This award show is always a special one, as it revolves around the fans and celebrates their favorite artists,” she shared in a previous statement. “This year is especially cool to be a part of as CMT grows into a network spot and expands for even more fans to get involved. It’s going to be a big one and I can’t wait!”

Ballerini’s smash hit “half of my hometown” with Kenny Chesney is nominated for Video of the Year, Collaborative Video of the Year, and CMT Performance of the Year for her jaw-dropping act of “I Quit Drinking” with Paul Klein of LANY. Voting is now available for country music vans at CMT.com. The honky tonk evening will air live Monday, April 11 at 8 pm ET/ delayed PT on CBS and Paramount+.