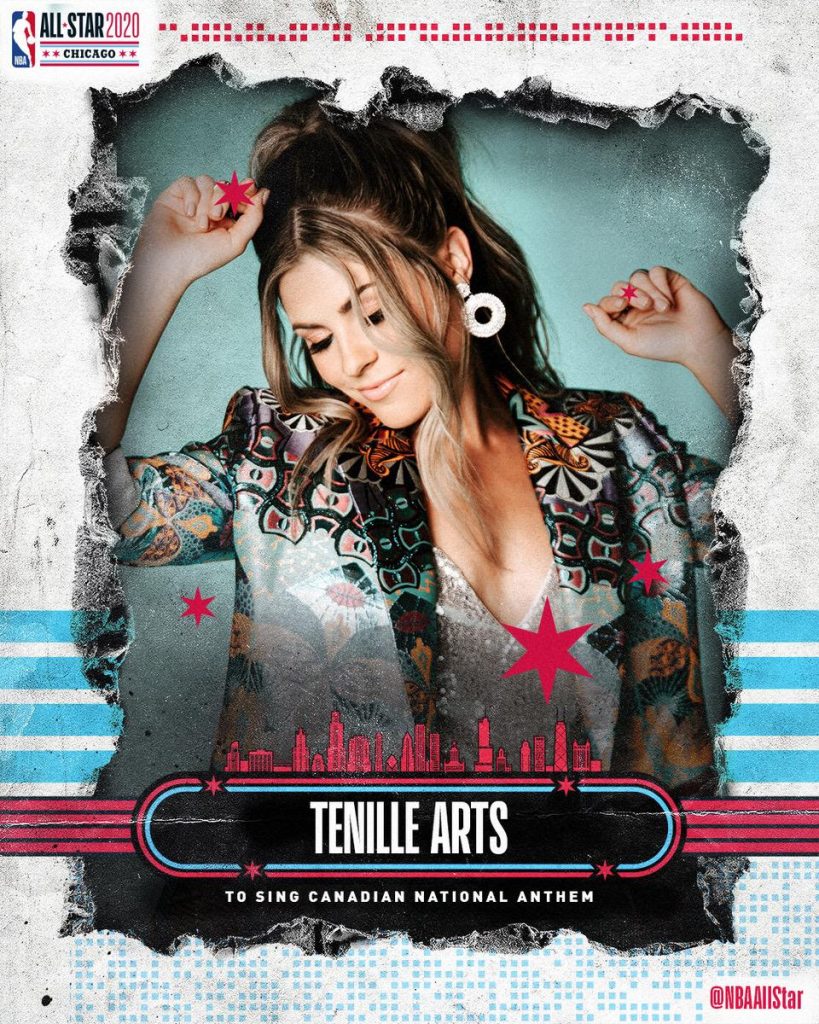 
(Nashville, Tennessee…) February 14, 2020 – Tenille Arts has been announced to perform the Canadian national anthem prior to the NBA All-Star 2020 game on Sunday, February 16 in Chicago. This is her second appearance representing her home country at a premiere National Basketball Association event; last year she sang the Canadian national anthem at game three of the NBA finals between the Golden State Warriors and Toronto Raptors. Chicagoan Chaka Khan will sing the U.S. national anthem prior to the 8 p.m. ET tip off on TNT.

“I’m so honored to be back performing the Canadian national anthem again,” said Tenille. “I’m excited to stand with the Canadian players and represent my home country for the NBA All-Star game!”

GRAMMY® Award -winning recording artist and Academy Award-winning actress Jennifer Hudson will perform a special tribute to the late Kobe Bryant, his daughter Gianna and their seven friends who tragically passed away in a helicopter accident on Jan. 26. Hudson’s performance will open the night ahead of player introductions at the United Center.

Tenille’s “Somebody Like That,” from her recently-released Love, Heartbreak, & Everything In Between album on Reviver Records/19th & Grand Records, is her first single to hit the national charts. Written by Tenille, Allison Cruz and Alex Kline, noted journalist Robert K. Oermann said of the song in his MusicRow review: “This dandy little country rocker expresses a wish for true love against a backdrop of sleazy bars, one-night stands and dashed hopes. It’s written with smarts, and she sings it with panache. I’m in.”