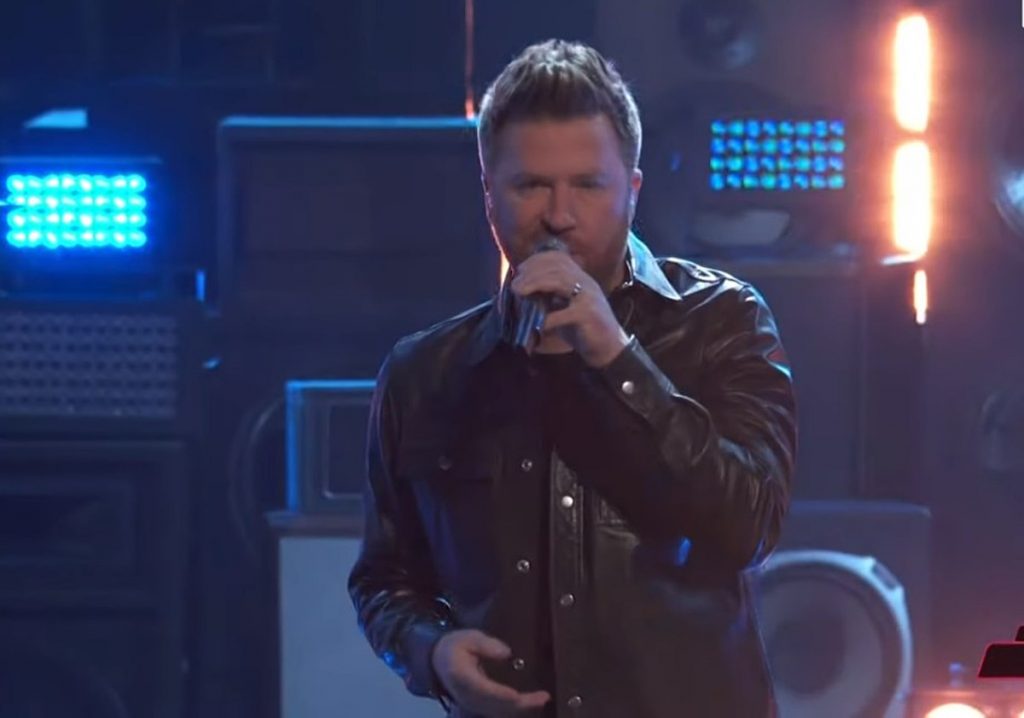 
On Monday (Dec. 7), The Voice continued along with a pared-down Live roster, having just chopped its ranks down to nine singers last week. After watching these lucky few strut their stuff this evening, America was tasked to cast their votes and determine who makes it through to next week’s finale.

A particularly interesting vocalist to keep an eye on was Team Gwen Stefani’s country singer, Ben Allen, whom she stole from her fiancé Blake Shelton in the Knockout rounds last month. Everyone had been hoping for some serious tension between the recently engaged lovebirds since the show’s season began, and Allen provided that nicely, as well as interestingly plopped himself as a talented country singer into Stefani’s rocksteady (read: not country) hands.

Making things even better this evening: Allen strutted out doing a version of his original coach Shelton’s 2010 hit “All About Tonight.” It’s on!

Aside from that, Allen didn’t distinguish himself with the song, giving a perfectly competent and sharp performance but without really putting his own stamp on it. However: “I finally like that song,” joked host Carson Daly, when he finished.

Shelton, who had watched Allen flirt with Stefani and fiddle around with his own song, gave a reserved smile…and admitted, “I just kind of wanted to be you.”

After America puts in its votes, Tuesday night’s show will reveal the Top 5 (four from votes, and one who manages to earn the Instant Save). Tune in to find out if your favorites made it!