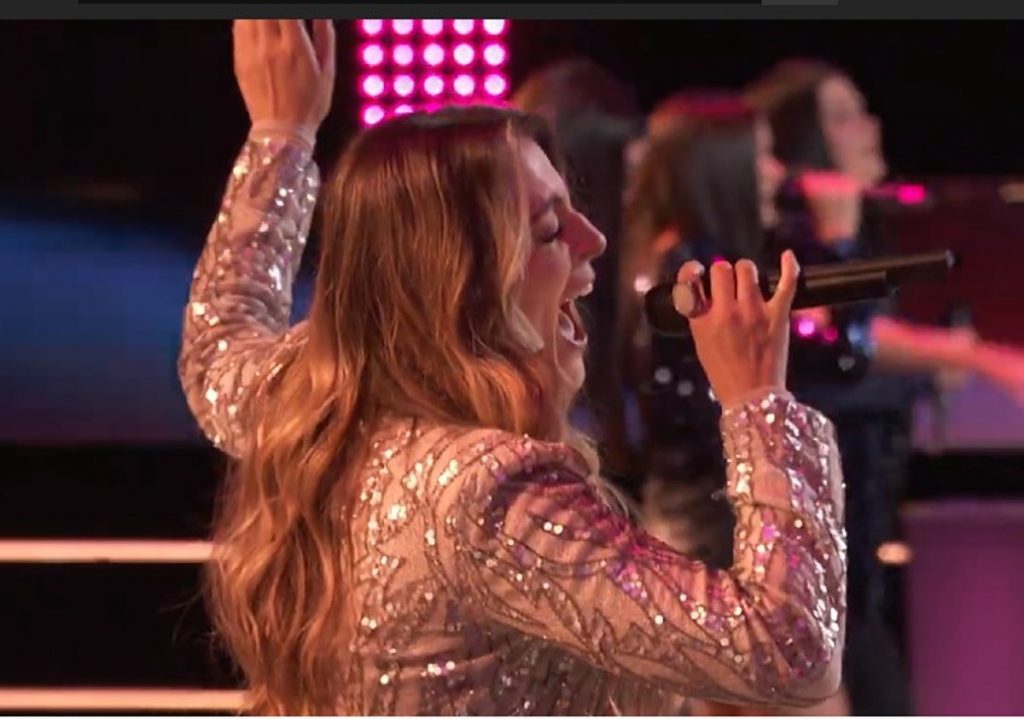 Team Blake’s Worth the Wait Goes Against Taryn Papa

That said, let the battles begin (carefully socially distanced, of course). And they did, indeed, with Team Blake putting forth an extraordinarily difficult to pull off matchup—solo singer Taryn Papa against family trio Worth the Wait, doing a rather fiery tune that requires a lot of personality no matter who chooses to take it on: Little Big Town‘s “Litttle White Church.”

Remarkably, Papa held her own against a vocal squad, but the mini-squad also held its own, allowing both harmonies and a striking solo performance within its three-person structure.

The coaches were, of course, all wowed at the end. “That was fun to watch,” exclaimed Legend. “It was like a tennis match!”

Clarkson noted sagely, “You actually sound like one human,” which she directed to the family trio.

Meanwhile, Shelton, who of course had the final say, coolly sat down and laid his thoughts out, drawing out some of his previous winners. First, he compared Papa to 2012 winner Cassadee Pope, then drew a parallel between Worth the Wait’s Mia to 2013 champ Danielle Bradbery.

Shelton ended up choosing Worth the Wait, citing their family harmonies as a huge and un-replicable element in his decision. However, he had the ability to save Papa—if nobody stole her!—and indeed, his fellow coaches allowed him to go ahead and keep her on his team.