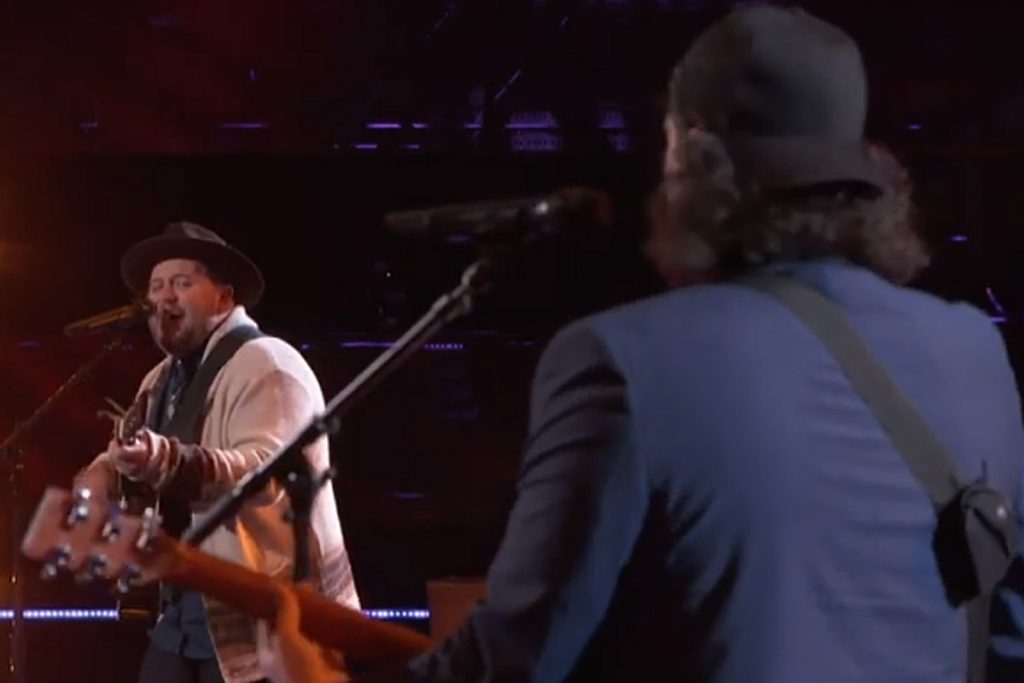 
Two members of Blake Shelton‘s team squared off to deliver a joint performance of Kane Brown‘s “Good as You” on The Voice on Tuesday night (Nov. 10) — with quite a bit of help from Brown himself.

Brown joined Shelton on Tuesday night to serve as a mentor to his team members as the Season 19 battle rounds continued. Team Blake members Jim Ranger and John Sullivan teamed up for a joint performance of “Good as You,” which scored Brown a No. 1 hit in 2019. He wrote the song for his wife, Katelyn, and as they rehearsed the song, he told them that it’s his favorite song to sing live, since his audiences always react to the joy of its message.

Shelton cautioned Sullivan not to lay back in his performance, while he told Ranger to be careful about the enthusiasm of his delivery, which tends to make him go sharp.

Those differences were on full display during their battle round performance, in which Ranger tended to dominate the stage with his forceful vocal delivery, while Sullivan gave a performance that leaned more on his subtle strengths and understated delivery.

Both men acquitted themselves well, but the coaches leaned toward Ranger, with Gwen Stefani noting how he kept ratcheting up the energy level.

It wasn’t a surprise when Shelton named Ranger the winner of the battle round, lamenting, “This sucks … but I have to make this decision.”

“All of this falls on me, because I just think that this pairing made sense on paper,” Shelton said. “I’d have done that different if I could, because you’re more the storyteller-type singer, and that’s what you’re really good at,” he told Sullivan, adding, “but Jim’s just naturally such a big vocalist.”