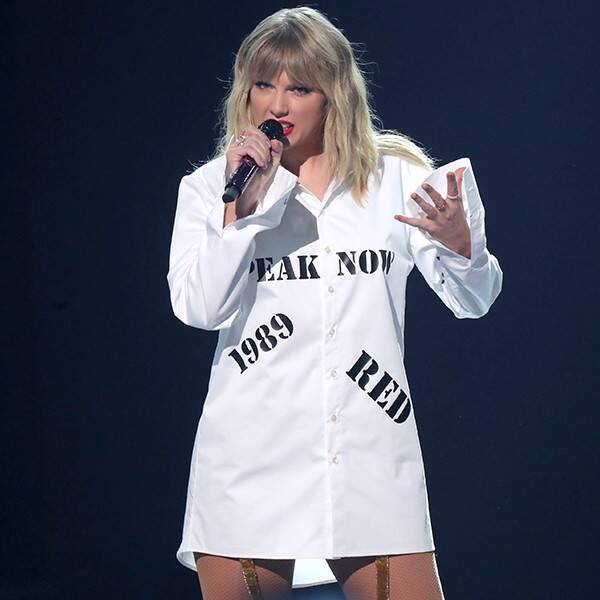 The moment we’ve all been waiting for is finally here!

Netflix has finally dropped the highly-anticipated trailer for Taylor Swift‘s new documentary Taylor Swift: Miss Americana. Yes, you’re gonna want sit down for this. As promised, the trailer is full of content that is sure to make Swifties even more excited for the impending release of the film.

The trailer kicks off with T.Swift about to step onto the stage at the 2019 MTV VMAs, where she opened the show.

“Just gonna go have fun, no one out there in the audience actively hates me,” Swift tells her team. “Not get dead face. Ready, totally ready.”

This documentary follows Taylor as she attempts to navigate her life and career, and all the ups and downs that come with it. The singer didn’t shy away from putting her life at the forefront of the narrative, and it looks like the world is finally gaining access to it all. From candid moments of pure glee from the star to the earth shattering letdowns she only let’s those close to her see, this trailer is giving it all.

Earlier this month, Netflix did share in a press release what to expect from the singer’s personal film.

“A raw and emotionally revealing look at one of the most iconic artists of our time, as she learns to embrace her role not only as a songwriter and performer, but as a woman harnessing the full power of her voice,” according to a press release shared with E! News.

“I feel really good about not feeling muzzled anymore,” Swift says in the trailer. “And it was my own doing.”

Check out the trailer above!

Taylor Swift: Miss Americana is set to be released on Netflix and in select theaters on Jan. 31!