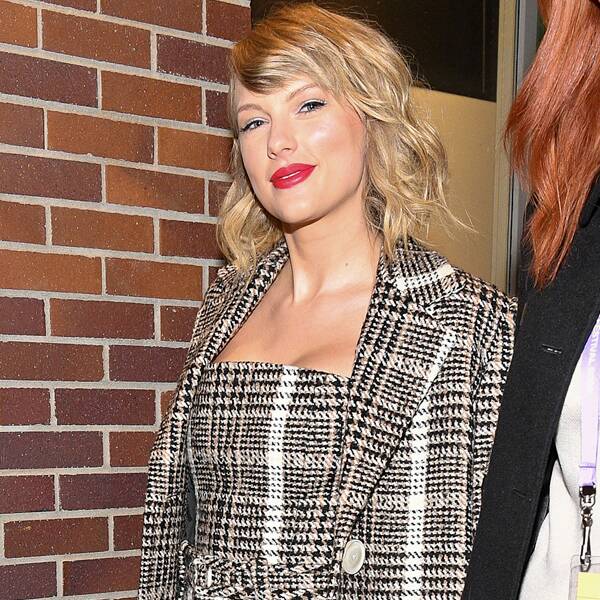 There’s nothing like this: Taylor Swift has arrived to the Sundance Film Festival!

The “Lover” singer stepped out ahead the premiere of her Netflix documentary, Miss Americana, on Thursday night—and debuted a new ‘do while at it. The shaggy blonde lob is a familiar sight to Swifties, who pointed out that the haircut is reminiscent of the one she rocked during the 1989 album era.

This marks Swift’s first time back at the festival in Park City since 2012, when she attended the Ethel premiere alongside Ethel Kennedy. Swift’s documentary, directed by Lana Wilson, is set to take fans inside the life of the superstar as she finds her political voice.

It was just yesterday that T.Swift dropped the trailer for the doc, which will debut on Netflix and in select theaters on Jan. 31. In the trailer, Swift opens up about becoming the person “everyone wanted me to be,” by keeping her opinions to herself. But, now she wants to be on the “right side of history,” which is why she’s speaking out and standing up for what she believes in.

“It woke me up from constantly feeling like I was fighting for people’s respect,” Swift says in the trailer. “And it feels f–king awesome.”

“I feel really good about not feeling muzzled anymore,” we later hear the 30-year-old songstress say. “And it was my own doing.”

In the two-minute sneak peek, we also see Swift in the recording studio as well backstage before and after performances. And in a brief PDA moment, Swift can be seen sharing an embrace with her boyfriend of three years, Joe Alwyn.

So, Swifties have a lot to look forward to when Miss Americana premieres next week! We can’t wait!

Until then, check out the trailer above!