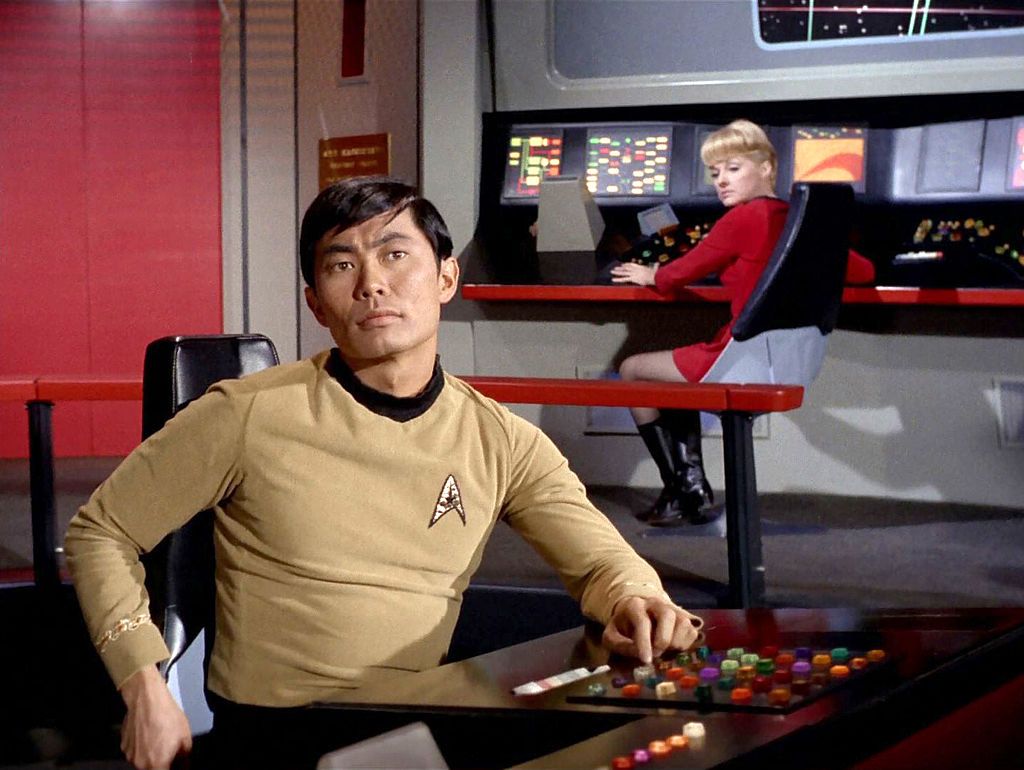 Actor George Takei is no fan of President Donald Trump, even less so after Trump on Friday unveiled a new logo for the newly created United States Space Force.

After Trump shared the design on Twitter, Takei, who played Sulu on the original Star Trek TV series in the ‘60s, pointed out its similarities to the one used by the sci-fi franchise’s Starfleet Command. “Ahem. We are expecting some royalties from this…,” Takei wrote.

In one of several tweets on the subject, Takei declared, “There is nothing sacred anymore.”

The actor, who’s spoken out before about his political disagreements with Trump when Takei was a contestant on Celebrity Apprentice in 2012, was far from the only one who noticed similarities. The topic was one of the most talked about subjects on Twitter late in the day.

Trekkies and others on social media were equal parts bewildered and infuriated.

It looks like you’ll be hearing from Star Trek’s lawyers.

But we have plenty of money to plagiarize the Star Trek logo & create Space Force to fight off the invading Klingons. ? pic.twitter.com/p4vDZk4YKB

However, a few pointed out that the new logo has commonalities with an other earlier logo, one that was used by the Air Force.

For those excitedly tweeting that Trump stole the Star Trek logo!!!!, the patch on the left was the existing Air Force Command logo.

The same one I wore as a Lieutenant in 2005. pic.twitter.com/mYb60YioBP

Star Trek was already fresh on the minds of audiences, as the new show Star Trek: Picard, the eighth series in the franchise, debuted Jan. 23 on CBS All Access. The spinoff, which follows retired officer Jean-Luc Picard, played by Patrick Stewart, was renewed for a second season before the first episode had even aired.