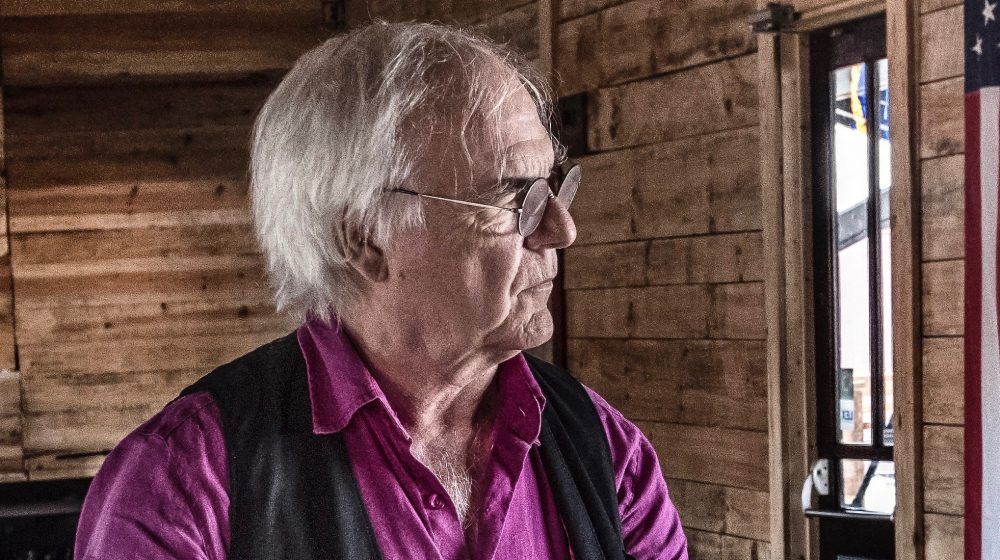 Singer David Olney Dies During Performance at Florida’s 30A Festival

Singer-songwriter David Olney has died at age 71, after falling silent and dropping his head in the midst of a performance at the 30A Songwriters Festival in Florida Saturday night.

Some news reports said he “collapsed” on stage, but that isn’t quite true: Olney simply became still on his stool, leading some audience members and even the musicians beside him to think he was simply taking a pause, before they realized what had happened and lowered him to the stage.

Olney was giving his second festival performance of the day as part of an “in the round” song-swap show with Amy Rigby, who was sitting next to him and described his last moments.

“Olney was in the middle of his third song when he stopped, apologized, and shut his eyes,” Rigby wrote on Facebook. “He was very still, sitting upright with his guitar on, wearing the coolest hat and a beautiful rust suede jacket we laughed about because it was raining like hell outside the boathouse where we were playing — I just want the picture to be as graceful and dignified as it was, because it at first looked like he was just taking a moment.”

Added Rigby, “Scott Miller had the presence of mind to say we needed to revive him. Doctors in the audience and 30A folks were all working so hard to get him to come to … We all lost someone important last night.”

Miller described the scene similarly in his own post: “David was playing a song when he paused, said ‘I’m sorry’ and put his chin to his chest. He never dropped his guitar or fell of his stool. It was as easy and gentle as he was. We got him down and tried our best to revive him until the EMTs arrived. … The world lost a good one last night. But we still have his work. And it still inspires. And always will. RIP.”

A half-hour performance Olney gave earlier in the day on his own was captured on video and posted to YouTube.

Olney was a revered figure in the folk-rock and Americana communities who had recorded 20 albums of his own as well as having his songs covered by Emmylou Harris, Linda Ronstadt, Del McCoury and his former roommate Steve Earle.

The late Townes Van Zandt famously said of Olney: “Any time anyone asks me who my favorite music writers are… I say Mozart, Lightnin Hopkins, Bob Dylan and Dave Olney. Dave Olney is one of the best songwriters I’ve ever heard — and that’s true. I mean that from my heart.”

Harris, in particular, brought attention to Olney as a songwriter with her covers of “Jerusalem Tomorrow” in 1993 and “Deeper Well” on her essential 1995 album “Wrecking Ball.”

Olney first became known as a member of the X-Rays, a more raucous band that was signed to the Rounder label in the early 1980s and opened for acts like Elvis Costello. He also recorded for Rounder later in his prolific career as a solo artist, along with other labels like Philco.

He had just completed a new album. Brett Ryan Stewart wrote on his Facebook page: “Yesterday, myself, Anana and Irakli had spent the day making final revisions to the album we made with David Olney. In the very same moment that we hit the save button, collectively yelling ‘We did it!’ we got the news that David, who was in Florida performing, had passed away, on stage. It’s all very surreal. … I am so grateful for our time together. I recognized a kindred spirit in him from day one. His stories, his encouragement, his wisdom. Hands down was of the funniest, gentlest, most thoughtful and charming curmudgeons to have graced the earth. Was  really looking forward to more.”

The 30A Songwriters Festival takes place in 32 venues along coastal Florida’s scenic Hwy 30A. The acoustic nature of many of the shows attracts folk, Americana and roots performers, although, with Brian Wilson as one of the headliners this year, it spotlights other genres as well.

Olney was doing his third performance of the fest when he passed away, having performed the previous night in-the-round with Amelia White and Mary Bragg before his solo show Saturday afternoon. He was also scheduled to appear this week at the Folk Alliance gathering in New Orleans.

Born in 1948, the musician moved to Nashville in 1973 after and became part of what some would describe as a seminal alternative-country scene that included Earle, Van Zandt, Guy Clark and Rodney Crowell. Outside of performing his own material, Olney appeared at the Nashville Shakespeare Festival in shows like a contemporary updating of “As You Like It,” and he was known to write his own sonnets. Said Emmylou Harris, “David Olney tells marvelous stories, with characters who cling to the hope of enduring love, all the while crossing the deep divide into that long, dark night of the soul.”

Olney is survived by his wife, Regine, daughter, Lillian, and son, Redding. Services have not yet been set.

In the wake of his passing, some fans and friends posted videos that shared his lighter side, like his cover of the Nancy Sinatra/Lee Hazlewood classic “These Boots Are Made For Walkin’,” which revived the go-go choreography of the original.

Others naturally opted for his more elegiac numbers, like “The Moment I Tell You Goodbye,” with these lyrics: