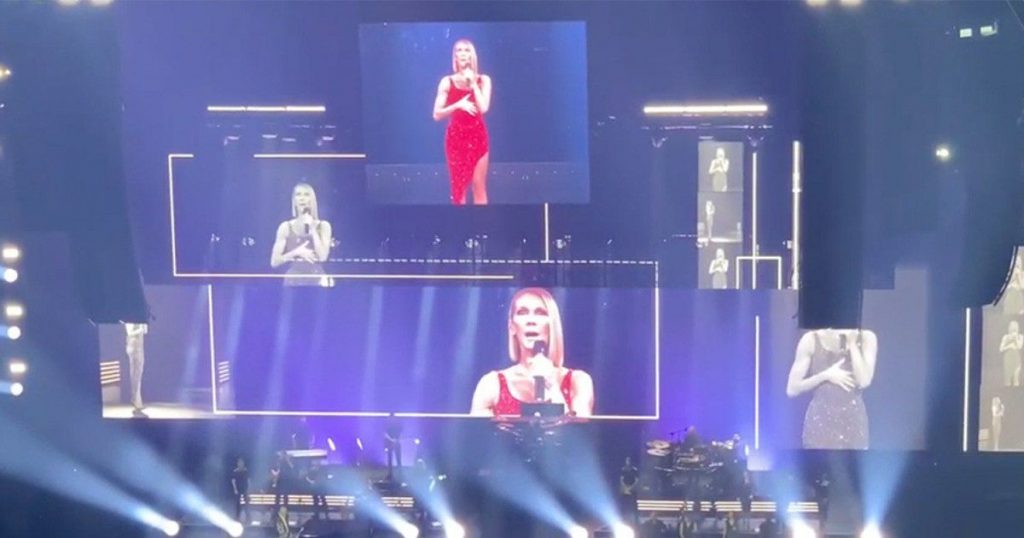 ‘She Was Ill for Quite a While’


Celine Dion took some time during her concert in Miami, Florida to share some memories of her mother, Thérèse Tanguay Dion, from the stage at the American Airlines Arena.

“I’m pretty sure that you heard the news about my mom passing away early this morning,” Celine told the crowd, according to footage from the concert obtained by TMZ. “But I’m doing okay.”

“My mom was 92. She was ill for quite a while. And we knew she wouldn’t be with us long,” Celine continued. “Two days ago, we got a call from the nurses who were taking care of her so well, saying that her time was coming soon. Very soon. So last night, I joined my brothers and sisters in Montreal and I spent the evening at her bedside.”

“We told stories. We sang songs. We hugged each other. And we said our goodbyes,” Celine said of the emotional night. “We are pretty sure that mom waited for us to be all together before [she passed].”

The 51-year-old Canadian singer shared a sweet tribute to her mom on Instagram on Friday, confirming that her tour would continue after her mother’s reported death on Thursday.

RELATED: Céline Dion Mourns Death of Mother, 92, Amid Tour: ‘I’ll Sing to You with All My Heart’

“Maman, we love you so much… We dedicate tonight’s show to you and I’ll sing to you with all my heart. Love, Céline,” the star wrote, sharing a black-and-white family photograph.

Thérèse’s death fell on the fourth anniversary of the death of Dion’s brother, Daniel, and just days after the same anniversary of her husband René Angélil’s death from cancer.

Celine told PEOPLE in 2016 what it was like losing both her husband, 73, and her brother, 59, within the same week.

“René escorted my brother; it was perfect,” she said. “He took him under his wings and he said ‘You know, I’ll take good care of him.”

The “My Heart Will Go On” singer added that her brother’s death was “hard” for her mother, who she said would not have been able to die in peace knowing she’d left behind a son who was sick.

“I said, ‘You know what Mom? You gave birth and you took him back. You took his hand from the beginning to the end,’” she said, describing her mother as “a very, very strong person.”

As a testament to the mother of 14 children’s strength, Celine added, “Just to give you an example, my dad didn’t want to have kids!”