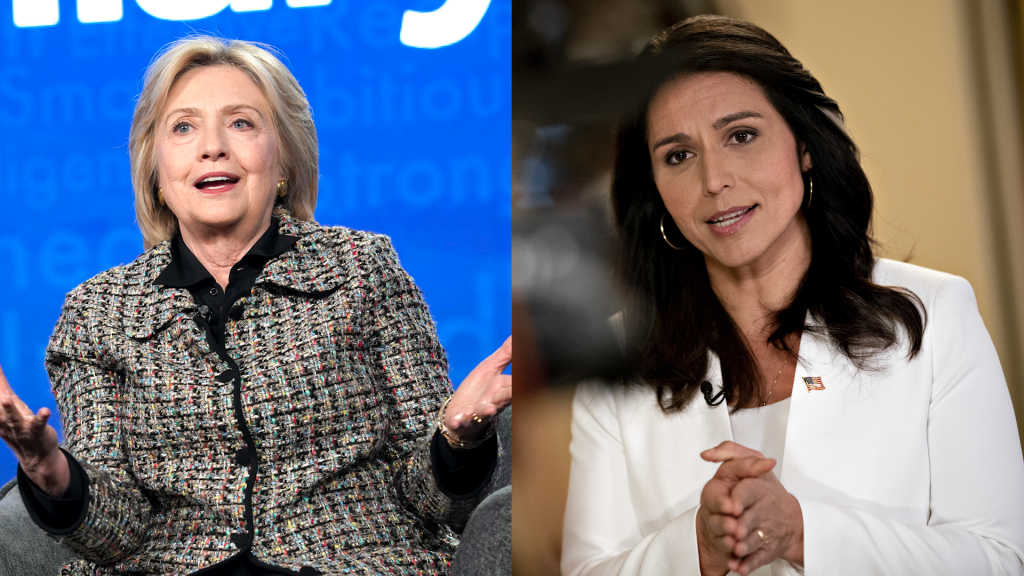 She is ‘taking my life away’ [Video]


Democratic presidential candidate Tulsi Gabbard joined Tucker Carlson Thursday night where she spoke about her $50 million lawsuit against Hillary Clinton for defamation. Last October on the Campaign HQ with David Plouffe podcast, Clinton seemed to imply that Gabbard was being groomed by Russians to run as a third party candidate in 2020. Gabbard believes Clinton was attempting to derail her campaign. A Clinton aide clarified that she meant Republicans, not Russians, are grooming Gabbard for a third party run, but the damage had already been done.

“When you have someone as powerful as Hillary Clinton seeking to smear my reputation, essentially implying that I’m a traitor to the country that I love, what she essentially is doing is taking my life away,” Gabbard said. “What this lawsuit is about is actually valuing the honor and the loyalty and integrity that every one of our service members embodies, and saying that no one can try to defame them. We’ll not allow that to go unchecked.”

In early 2016, Gabbard famously stepped down as Vice Chair of the Democratic National Committee so she could publicly support Clinton’s opponent, Bernie Sanders, and she believes Clinton’s implication had a clear purpose.

“I think it was a very clear and intentional message that if you dare to cross Hillary Clinton or her powerful allies that you too will see your reputation smeared,” Gabbard said. “You too will get the kind of false and baseless accusations that we’ve seen from Hillary towards me. It’s an attempt to silence anyone who dares to cross her.”

Watch Chris Wallace call out Kellyanne Conway for calling the timing of Ukraine aid a ‘coincidence’: