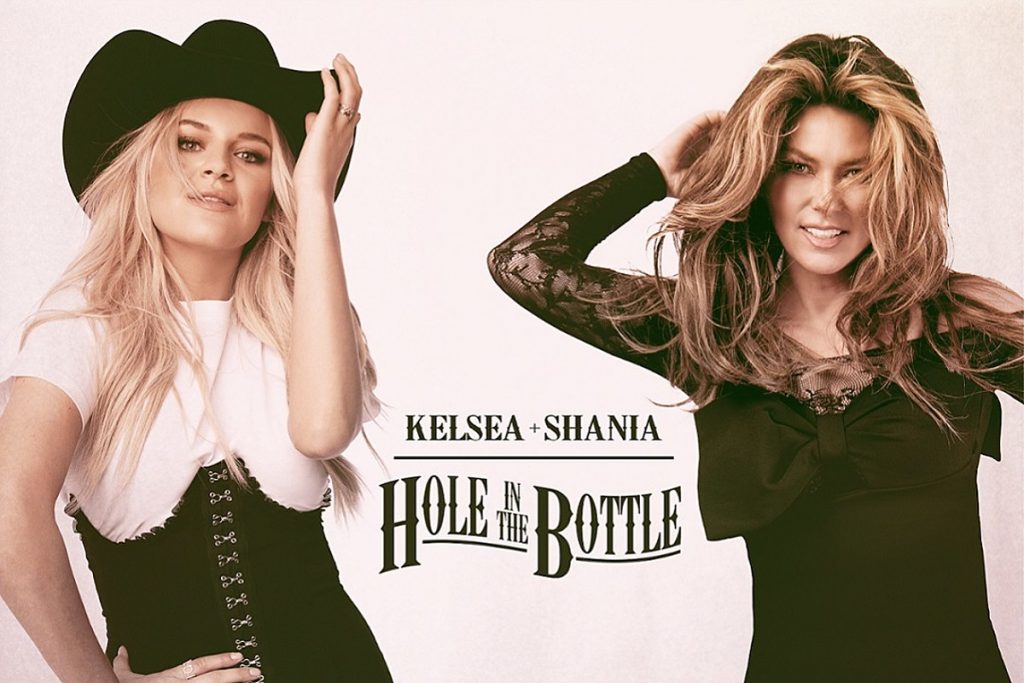 “I got an email from ‘something Twain,’ and I’m like, ‘Is this Shania?’ And, basically, she had started the conversation of, ‘Let’s do something together,'” Ballerini explains. “And, I was just honored that she even thought of me, you know? And we just kind of went back and forth on a couple other ideas … And then finally I was like, ‘Wait a second, I have this single, and it’s kind of catchy, and she could kill this. And what if she just added to the fire?'”

“She’s very serious about her writing, but she really gets the balance between relatability and not getting all wrapped up in the seriousness,” Twain says of Ballerini. “But … she was directing me all the way. It was really, really cute … She’s actually a really good director, and she knows what she wants, and I really respected that.”

Ballerini and Twain first struck up a friendship after Ballerini joined Twain onstage during her headlining set at the Stagecoach country music festival. The two have “had a chance to catch up over a glass of wine a couple times since,” Twain says in a press release, adding that “Hole in the Bottle” “really speaks to my own sense of humor.”

“They say don’t meet your heroes … unless your hero is Shania Twain … then meet her, know her and make music with her,” reflects Ballerini. “She’s inspired me in every way and has become a mentor and friend and added some major sass and spice to “Hole in the Bottle” the way only Shania could.”

“Hole in the Bottle” is currently just outside the Top 10 on the country charts: at No. 15 on Billboard and No. 13 on Mediabase. It follows “Homecoming Queen?” and “The Other Girl,” a duet with Halsey, as a single from Kelsea.

She’s Still the One: Shania Twain Through the Years