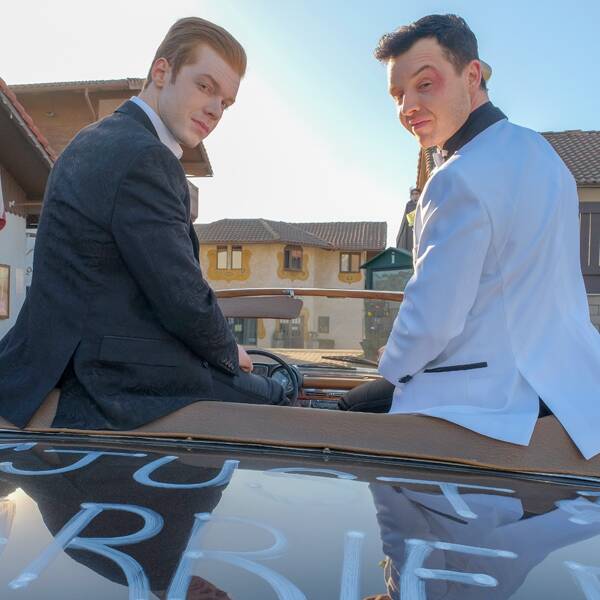 If Shameless executive producer John Wells has his way, there will be a Gallagher family reunion for the show’s final season.

In an interview with TVLine, Wells said he would love to have Emmy Rossum return to help say goodbye to the series, but understands her schedule is packed.

“I’m very hopeful that her schedule, which is very busy because she’s wonderfully talented and doing many things, will align with our being, at least, able to get her back for a little bit,” Wells said. “But if not, it won’t be because she doesn’t love us. It’ll just be because she’s got too much else that she’s committed to, which is exciting and great, and we’re all happy for her. I’ve told her all along that I hope that when we end [the show] that it’ll work out, that she can come back, and at least do a little bit for us.”

Rossum, who starred as Fiona Gallagher in nine seasons of the show, previously revealed she found out the show was ending via Twitter. Showtime announced Shameless would return for an 11th and final season at the 2020 Television Critics Association winter press tour.

“I’m unbelievably thankful for all of the years of support from Gary Levine and everyone at Showtime that’s allowed us to make Shameless,” Wells said in a statement. “It’s been a fantastic experience and all of us in the cast and crew have had a wonderful time following the lives of the Gallagher family and friends. It’s been a pleasure!”

In the season 10 finale, Ian (Cameron Monaghan) and Mickey (Noel Fisher) tied the knot, Debbie (Emma Kenney) faced statutory rape charges and Lip (Jeremy Allen White) went back to the bottle. Expect the final season to continue the family theme and address all the finale happenings, Wells told The Hollywood Reporter. The executive producer also has an ending in mind.

“The final scenes I have written in my head a bunch of times because I always thought we’d be ending sooner. I have some thoughts about what it should be. Some of it will be once we get all the stories lined up. But it’s a family and the thing that has worked best about the show — beyond being able to satirize things and have some laughs and have some dramatic moments — is that these people care about each other and depend upon each other. And, in some way, the show will end with them still being that family. No matter how screwed up they are, we all wish we had them as a family. They’re supportive, care for each other and always ready to punch each other but they are always going to be together, surviving together,” he said.

Look for the final season of Shameless to return summer 2020 on Showtime.