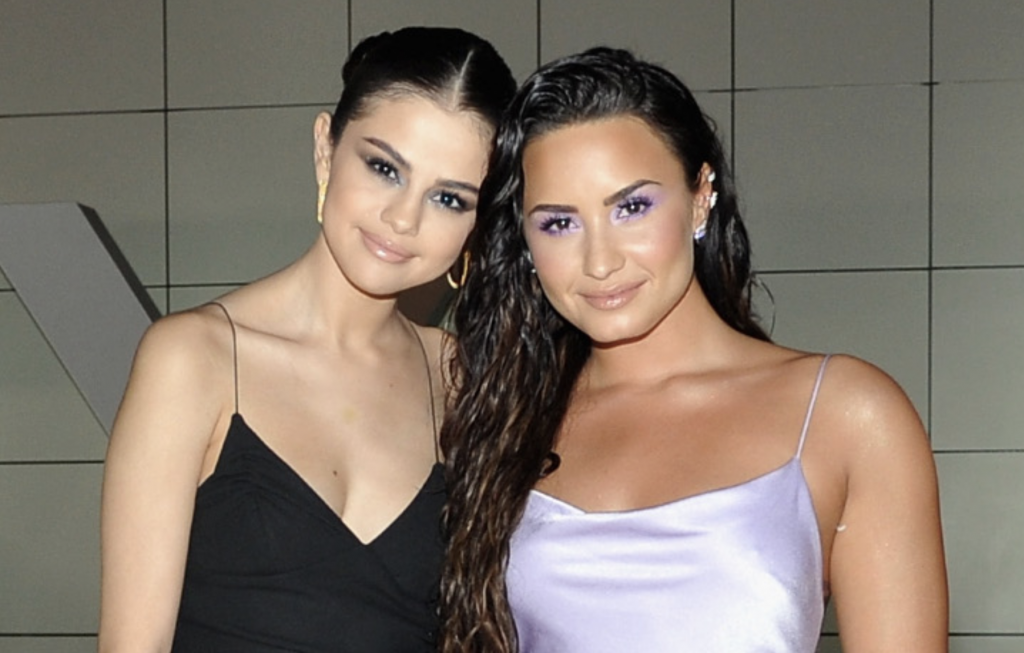 
Selena Gomez publicly praised her old pal Demi Lovato for her emotional return to the stage at Sunday’s Grammy Awards.

It took Lovato two tries to get it right, but her debut performance of “Anyone” — written just prior to her near-fatal overdose in 2018 — was widely praised, including by Gomez, with whom she’s had a sometimes complicated friendship since they were both child stars.

“I wish there were words to describe how beautiful, inspirational and DESERVED this moment was,” Gomez wrote in the sweet tribute that included a photo of Lovato receiving a standing ovation. “Demi I’m so happy for you. Thank you for your courage and bravery.”

While Lovato shared a lot of the praise she reserved — including from singer Sam Smith — on social media, she has yet to repost Gomez’s sweet message.

The relationship between the women has been up and down throughout the years, but there is a lot of love and history there. They met on the set of Barney and Friends in 2002, appearing on the show together for two years. They went on to both be Disney Channel stars and even had their own vlog for a minute. While they used to make the scene together, there were various wedges that drove them apart with the social media unfollows to prove it — Taylor Swift was Justin Bieber both received some blame. However, they both also had their own array of personal problems to navigate — and both sought treatment for them.

The women were last on the red carpet together, at the InStyle Awards, in 2017. However, they have been in touch. When Lovato overdosed in 2018, Gomez was really torn up about it. “All I’m saying is, I reached out personally. I didn’t do a public thing,” Gomez said in an interview soon after. “I didn’t want to. I… I love her. I’ve known her since I was 7. So … it’s … that’s what I’ll say.”

Lovato said during an interview with Zane Lowe on Apple Music’s New Music Daily that “Anyone” was a lyrical cry for help. She wrote it four days before her July 2018 overdose.

“You kind of listen back to it and you think, how did nobody listen to this song and think, ‘Let’s help this girl,'” Lovato said of the song. “I even think that I was recording it in a state of mind where I felt like I was okay, but clearly I wasn’t. And I even listened back to it and I’m like, ‘Gosh, I wish I could go back in time and help that version of myself.'”

Her performance drew a standing ovation at Sunday’s Grammys. And the social media love beyond Gomez continues, including from more of their peers.

Oh Demi Lovato, you just tore me down. I’m so glad you’re here to sing those words, to sing like that. You just gave the whole world a gift straight from the heart. Thank you.