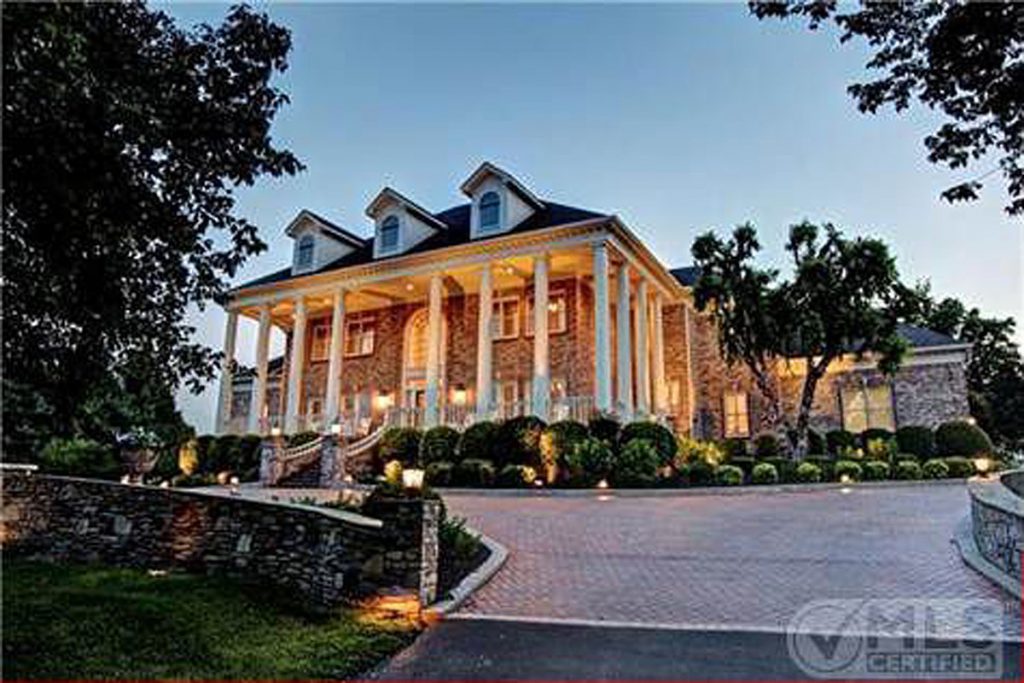 
George Jones lived like a Southern gentleman in an immaculately well-appointed manor home fit for one of the greatest country singers in the history of the genre. Pictures from Jones’ former residence outside of Nashville show an awe-inspiring mansion that has all of the Southern touches you expect from a country music king.

Jones and his wife, Nancy, lived in a spectacular mansion in Franklin, Tenn., an affluent rural community outside of Nashville that is home to a number of country music stars. Built in 1993, the massive 9,704-square-foot mansion sits on 24 acres of prime farmland, but prior to Jones’ death in 2013, the 4-bedroom, seven-and-a-half-bathroom manor home occupied 80 acres.

The jaw-dropping property sits behind a massive iron gate situated between two brick columns with planters, and a long driveway leads to a house that looks like it could have been used in an episode of Dallas. The front porch extends the entire length of the front of the house, supported by massive white columns. The vaulted entryway leads to a grand, sweeping staircase that’s equally visually impressive.

Other amenities include an oversized kitchen, a covered back porch area with a separate fireplace and even a private barbershop. Custom woodwork, high ceilings and oversized windows give the house an imposing, formal feel.

According to Zillow, Jones listed the property for $15 million in 2011, but found no buyer, and eventually pulled the listing after an auction yielded a top bid of just $2 million. He sold 54 acres of the surrounding property for $2.4 million in 2013, just prior to his death at age 81, and Nancy Jones sold the mansion and the other 25 acres for $1.98 million in 2015.

Scroll through the pictures below to see George Jones’ elegant Southern manor home.