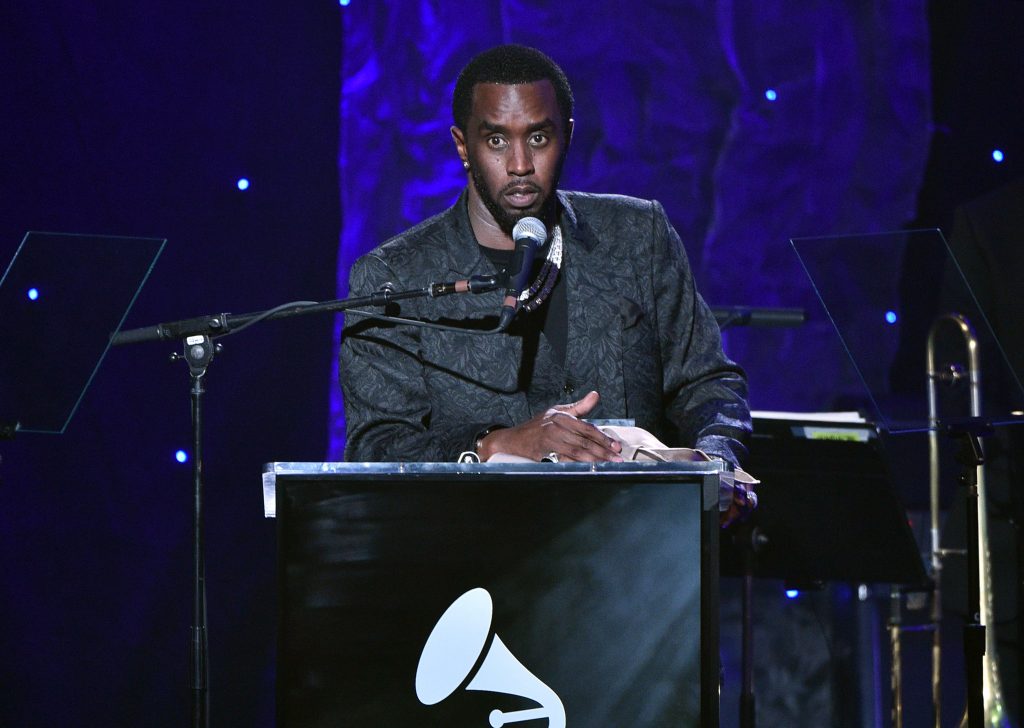 When hip-hop mogul Sean “Diddy” Combs received the Industry Icon Honor at Clive Davis’s annual pre-Grammy gala Saturday night, he delivered an epic, engaging, 45-minute speech that chronicled his entire career, starting from the moment he received the life-changing Christmas present of a record player at age 5. But he also used his time at the podium to address the “elephant in the room,” calling for more diversity at the Grammys and challenging the Record Academy: “You’ve got 365 days to get this s*** together.”

Combs’s passionate comments followed the scandalous ousting of new Recording Academy CEO Deborah Dugan. Dugan was placed on administrative leave Jan. 16 — only 10 days before the 62nd Annual Grammy Awards, and less than six months after she’d ostensibly been hired to foster much-needed change and create more diversity within the organization.

“The last few days I’ve been conflicted,” Combs confessed to the A-list crowd at the Beverly Hilton Hotel. “I’m being honored by the industry that I love, the family that I love, but there’s an elephant in the room, and it’s not just about the Grammys. There’s discrimination and injustice everywhere all the time. But there’s something I need to say to the Grammys. … I say this with love to the Grammys, because you really need to know this. Every year, y’all be killing us, man. I’m talking about the pain. I’m speaking for all the artists here, producers, executives. The amount of time that it takes to make these records, to pour your heart out into it — and you just want an even playing field. In the great words of Erykah Badu: ‘We are artists, and we are sensitive about our s***.’ We are passionate. For most of us, this is all we got. This is our only hope.

“Truth be told, hip-hop has never been respected by the Grammys. Black music has never been respected by the Grammys — to the point that it should be,” Diddy continued. “So right now with this current [Dugan] situation, it’s not a revelation; this thing’s been going on. And it’s not just going on in music; it’s going on in films, it’s going on in sports, it’s going on around the world. And for years, we have allowed institutions that have never had our best interests at heart to judge us. And that stops right now. I’m officially starting the clock. You’ve got 365 days to get this s*** together.

“We need the artists to take back control. We need transparency. We need the diversity. This is the room that has the power to make the change that needs to be made. They have to make the changes for us. [The Recording Academy is] a nonprofit organization that is supposed to protect the welfare of the musical community. That’s what it says on the mission statement. That’s the truth. They work for us. We have the power. … Now, we’re not going to solve this tonight, but it’s going to take all of us to get this done. It’s going to take the artists and executives to recognize the power. And I’m standing here today not to bash y’all; we just need to get it right, I’m here for the artists. So sign me up. I’m here to help make a difference and help have a positive outcome.”

“My goal used to be about making hit records,” Diddy said in closing. “Now it’s about ensuring that the culture moves forward. My culture, our culture, the black culture. And to be worthy of receiving the Icon Award, I have to use my experience to help make a change.”