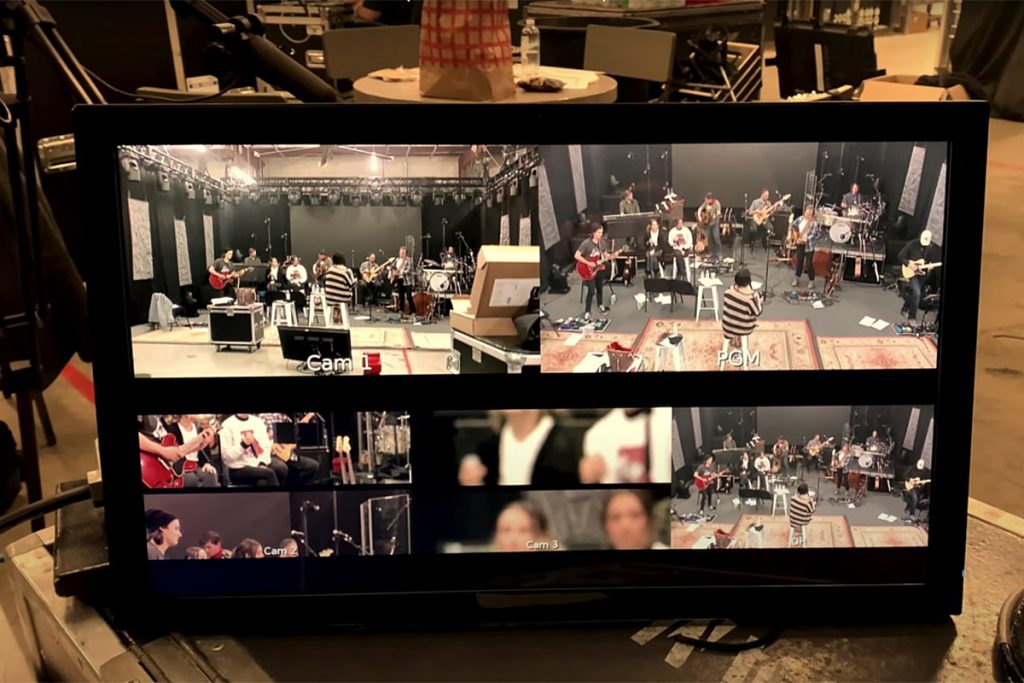 
Sara Evans is planning three different shows for a three-night virtual tour set to begin on Thursday (Dec. 10). That doesn’t mean she’ll tweak the setlist and choose a different dress for the stage — each show will feature a totally unique concept, something that is taking a tremendous amount of preparation.

This behind-the-scenes video, provided by Evans the night before her first show, shows how the hard work is coming together. Her version of “My Sharona” by the Knack plays as images of rehearsal zip by.

“Almost all of the virtual shows we’ve done have been acoustic and with my scaled down ‘quarantine band,'” Evans says, sharing her excitement to play, “so now I’m incredibly happy to be reunited with the whole team and bring these full band shows to the fans.”

Thursday’s show will find her playing her biggest hits and fan favorites from her studio albums. That means chart-toppers like “No Place That Far,” “Suds in the Bucket” and “A Little Bit Stronger” will be included, something that won’t be true for nights two and three.

Friday night’s show (Dec. 11) will focus on songs from her new album of covers, Copy That. Evans plans to play all 13 songs, which means she’ll bring to life old songs by Hank Williams Fleetwood Mac and Carole King, as well contemporary artists like John Mayer.

Then on Saturday (Dec. 12), it’s her annual Christmas show, named after her 2014 At Christmas album. The original title track will be part of this show, as well as several other well-known Christmas classics. Each show promises special guests, as well. The tour is a partnership with VYE, and tickets are available at the VYE website. A press release from last month notes that a limited number of in-person tickets were available, but everyone involved is required to follow appropriate COVID-19 safety protocols.

Evans has remained busy in 2020, with the Copy That album and the release of her memoir, Born to Fly.

“The main thing I learned about myself is I’ve been through a s–t ton of hard times and drama,” she told Taste of Country about writing the book. “One of the main things I learned is that I really did go through so much on my own, supporting myself getting through anxiety and difficult situations, on my own.”